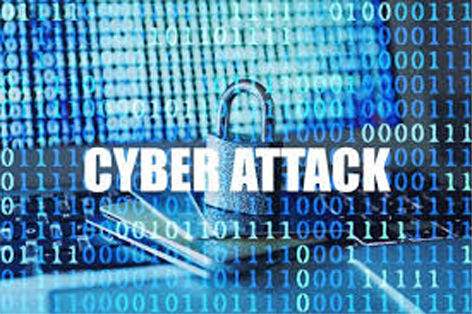 Reports about a cyber attack on its main office in Srinagar and the resultant losing of vital information about its consumers in respect of, among other things, how much was owed by them on account of ”consuming ” the power supplied by the Power Development Department (PDD) of the UT of Jammu and Kashmir, is disturbing. Four servers out of 55 behaving “abnormally ” as a result of unauthorised(ly) fiddling with and jamming the network by some cyber cheats and muggers, is a serious crime , the first of its nature in the Union Territory. While much needs to be done by the Government to expand the existing work force of cyber experts and providing extensive and latest training to the special cell of the Police dealing with cyber crimes, crisis management of the Department must press into service all available resources to reverse and retrieve the loss of data , if any , get it restored and see that nothing of the sort was caused to the functioning of the department that would affect its working. In addition to “Bijli Sahuliyat” Application and other on line services , billing and payment thereof must be made available to mitigate the problems of the people even if provided and arranged the same,manually.
The possibility of disruptions in the usual supply of power cannot be wholly avoided , that much of discomfiture and difficulties to be borne by the innocent consumers was worth it so that normalcy was restored. What, however, is needed is to assess the extent of damage and how many servers had been bugged with virus of this kind and got infected so as to stop behaving normally. In other words, such areas of operations needed to be isolated till rectification process was over. Since the PDD is such a department , to call a spade a spade, which is considered more or less as a charitable organisation in the sense of an arrangement being not in place to recover at least as much as it costs the Department to arrange electricity supplying to the consumers, urgent remedial steps were needed.
Let the cyber attack be seen also in that context and ensure, therefore, no money owed by its debtors was lost due to data loss. Billing part, therefore, needs to be given preferred attention. Since screening process of the system affected by the ‘attack’ is likely to take a couple of days , efforts should be made to fully protect the unaffected servers and billing process generated even manually. Since we do not appear to know the full mechanism in place to counter such threats including occurring of unforeseen happenings like fire , floods and the like and the protection of the data , it isincumbent upon the authorities of the PDD to evolve a mechanism by which each day’s cumulative data was recorded and deposited each day at a safer place as is done by the commercial institutions.
The PDD shall have to learn to acquire more traits of a commercial organisation as it sells and merely ‘distributes’ power . Billing procedure and payment thereof must in all cases remain foolproof and uninterrupted. In that respective branches of the designated bank could provide the latest information about payments of individual bills received at their counters. It is, however, surprising that even the extent of damage is not assessed so far, not to speak of restoring the functioning of the Data Centre. We feel that the requisite part of information technology put to use in functioning of the PDD is still in its infancy as there appears to be no mechanism in place to deal with the sort of crime which visited it . Side by side, manual recording at least in precise form, must continue till proficiency was attained in all levels. Every effort should be made to guard and insulate servers functioning in other parts of the Union Territory and in the mean time , the cyber attacker or attackers should be nabbed and action taken against them plus damages caused recovered.