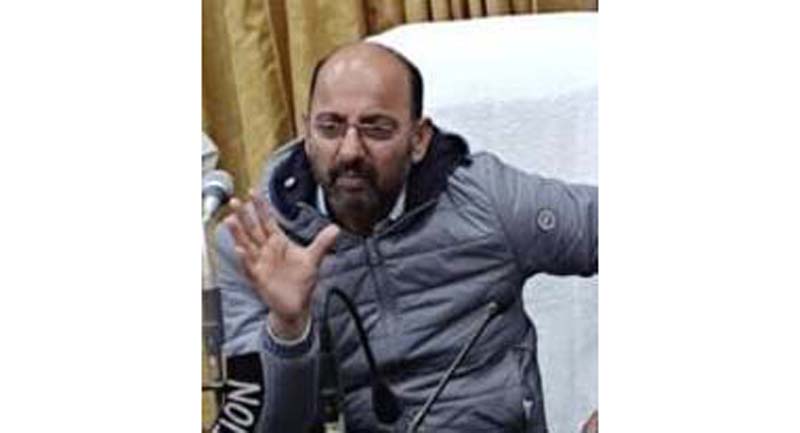 Excelsior Correspondent
RAMBAN, Dec 2: Deputy Commissioner Ramban, Mussarat Islam, today convened a meeting of officers of District Administration, NHAI, and representatives of Concessionaire companies working on the prestigious National Highway Four Laning Project. He reviewed the progress achieved and measures taken for smooth traffic movement along old alignment via Patnitop during winters.
The Deputy Commissioner also reviewed the progress on National Highway four laning project from Nashri to Banihal, besides discussing the issues hindering the pace of progress on the national project.
Reviewing deadlines set for the completion of different components of project like tunnels including T-5, T-3, and Kunfer tunnel, the DC directed the construction companies to ensure proper maintenance of the existing highway for providing comfortable and safe passage to the commuters.
Responding to the issue of earth cutting, the DC directed executing agencies to work in a coordinated way with traffic police to ensure hassle-free traffic movement without hindering the pace of progress of construction.
The Deputy Commissioner directed the officers of NHAI and others concerned to implement all the directions issued by the Divisional Commissioner in a recent meeting held to ensure smooth traffic movement during winters on the old National Highway alignment via Patnitop. The DC directed the concerned agencies to maintain the road properly and well in time to avoid the blockade during snowfall.
Responding to the issues highlighted by PD NHAI, the DC asked the concerned authorities to ensure the shifting of identified towers to a safer place so that road construction work does not hamper.
The DC directed the concessionaire companies to dump muck only in designated dumping yards and avoid the sale of muck to local markets. He also directed the DMO to take strict action against violators under extant rules.