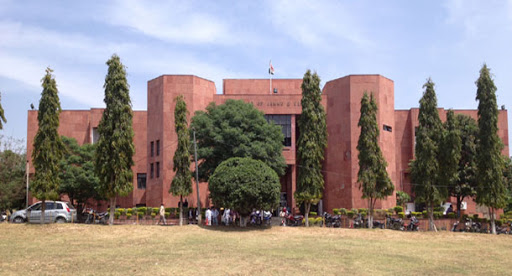 Excelsior Correspondent
Srinagar, Nov 30: The High Court today directed the recruitment authority to accept the application forms of present members of Child Welfare Committees (CWCs) and Juvenile Justice Boards (JJBs) and allow them to sit and compete in the fresh process of selection for the posts.
The Division Bench of Chief Justice Ali Mohammad Magrey and Justice Puneet Gupta directed that the applicants shall be allowed to submit their applications within three days from today before the Member Secretary Selection Committee, Mission Director Vatsalya, J&K.
Court on receipt of the applications directed the Mission Director to allow the applicants to compete the process of selection, if otherwise eligible.
The Division Bench on previous hearing of the PIL clarified that pendency of any writ petitions or orders passed therein by the coordinate benches stalling the process of selection shall not come in the way of selecting authority for initiating selection process.
The coordinate benches had put on hold the process of selection for the fresh appointment of members of JJBs and CWCs in two writ proceedings filed by the present members of JJB and CWC from the various district of Kashmir and Jammu Division.
The sitting members of the CWCs and JJBs had challenged the fresh advertisement notices issued on 01.08.2022 where-under the authorities had advertised posts of members of Juvenile Justice Board, chairperson and members of Child Welfare Committee and social worker in each district of Jammu and Kashmir.
The DB, however, has made it clear that before finalizing the process of selection, directed the concerned selecting authority to move appropriate motion before the court so as to enable it to decide those writ petitions along with these PILs for appropriate orders.
These members in their pleas contend that they became eligible and entitled to re – appointment up to three consecutive terms based on the performance appraisal to be made by the selection cum oversight committee under and in terms of Rule 4 of Rules 2014 and further became eligible to seek re – appointment and continue, in all, for a period of nine years, subject to the aforesaid assessment / appraisal.
Dealing with a connected PIL with regard to scheme of law for child abuse, the DB today directed the DSGI for respondents to update the status and shall also ensure adherence to the scheme of law for spreading awareness related to the child abuse by use of all the available forums/technologies.