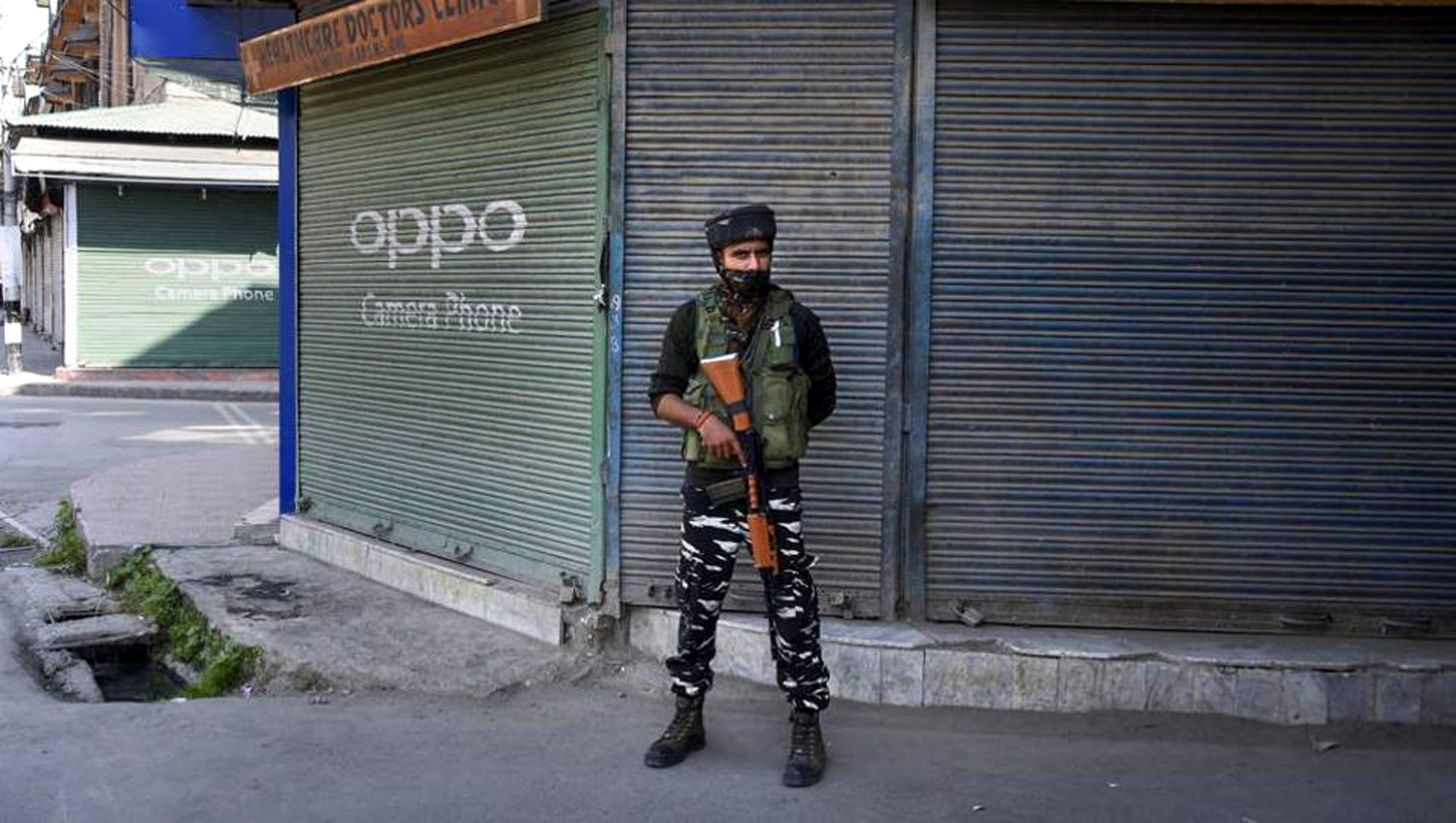 Excelsior Correspondent
JAMMU, Sept 15: Curfew was again imposed in Kishtwar following death of banned Jamaat-e-Islami (JeI) leader Master Ghulam Nabi Gundana in Ludhiana and people’s decision to hold his Namaaz-e-Jinaza prayers at Choughan ground, where large gathering was expected.
Deputy Commissioner Kishtwar Angrez Singh Rana told the Excelsior that curfew was imposed in Kishtwar for tomorrow following death of Gundana as people decided to hold his Namaaz-e-Jinaza prayers at Choughan ground.
“Selected people will be allowed to attend burial of Gundana,” Rana said, adding that curfew has been imposed as precautionary measure.
Gundana was 89 and his Namaz-e-Jinaza is scheduled for 11 am tomorrow.
Curfew was imposed in Kishtwar on Friday following daring strike by the militants in town to snatch weapon of PDP district president Sheikh Nassir’s PSO. However, it was lifted yesterday as the militants managed to escape along with the snatched weapon.
Sources said Gundana was ailing for the past some time and he breathed his last in Ludhiana today. His body was brought by the family at his house in Jamia Masjid Mohalla of Kishtwar this afternoon.
At the time of ban on Jamaat-e-Islami, Gundana’s property was seized in Jammu and his bank accounts were attached.
The Deputy Commissioner Kishtwar said Gundana was an active member of JeI and remained its president for 12 years. He had joined Hurriyat Conference in 1990.He was involved in 8 FIRs registered at Kishtwar police station. One of his son Naiem-ul-Haq had gone to Pakistan for arms training in 1991 but didn’t return. His fifth son namely Touseef-ul-Haq is in Kishtwar jail in case FIR No. 182/2018 for unlawful activities, authorities said.