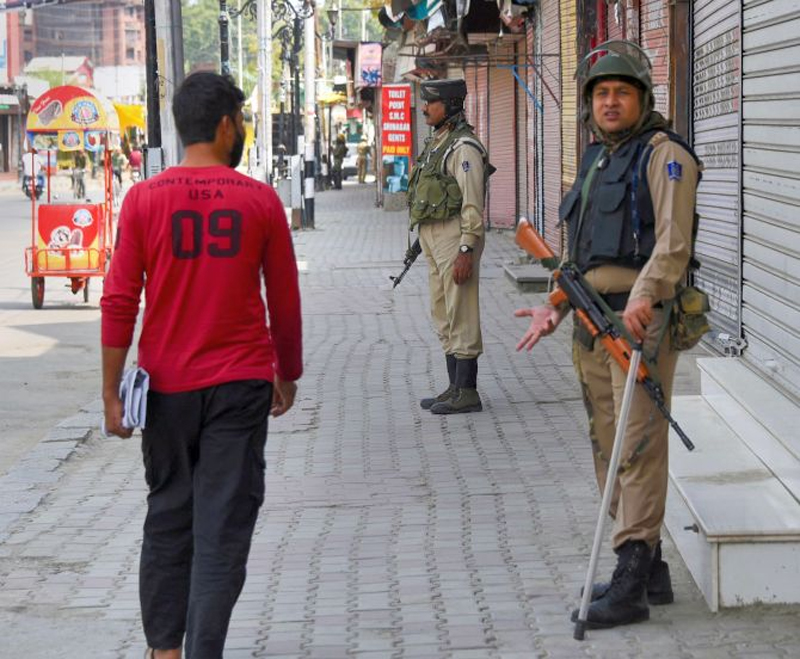 SRINAGAR, Sept 21:
Restrictions were lifted from most parts of Kashmir today, but remained in force in the Handwara area of Kupwara district as a precautionary measure to maintain law and order, officials said.
Fresh restrictions were imposed in many parts of the Valley on Friday in view of apprehensions that vested interests might exploit the large Friday prayer gatherings at big mosques and shrines to fuel protests.
Officials said restrictions have been eased out in most areas of Kashmir.
However, the curbs continued to be in force in many areas of Handwara in north Kashmir’s Kupwara district, they said.
The restrictions under Section 144 of the CrPc continued as a precautionary measure to maintain law and order, the officials added.
Security deployment remained in vulnerable areas and mobile and internet services were yet to be restored in most parts of the Valley 48 days after the Centre abrogated Article 370 provisions of the Constitution.
Normal life continued to remain affected across the valley for the 48th consecutive day today with markets closed and public transport off the roads, the officials said.
The internet services remained suspended across all platforms, they said.
While landline across the Valley were functional, voice calls on mobile devices were working only in Kupwara and Handwara police districts of North Kashmir, the officials added.
The efforts of the State Government to open schools have not borne any fruit as parents continued to keep the kids at home due to apprehensions about their safety. (PTI)