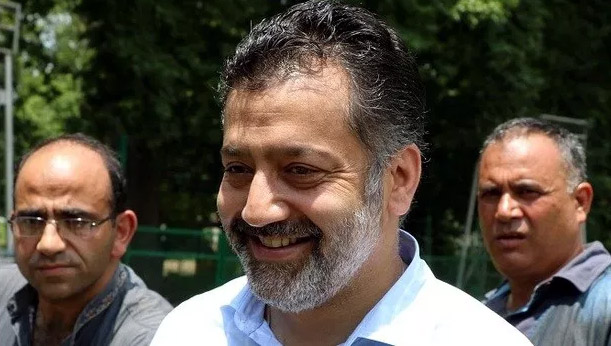 Fayaz Bukhari
SRINAGAR, Oct 8: After the Punjab National Bank issued recovery notice of loans to the tune of Rs 36 crore to the former Minister in Mehbooba Mufti led government, Imran Reza Ansari and his uncles who are the owners of High Land Motors Private Limited, the Commercial Taxes Department (CTD) has warned them of arrest as they have an outstanding of over Rs 26 crore Sales Tax and Value Added Tax.
The Office of the Collector/ Deputy Commissioner Commercial Taxes (Recovery) Kashmir Division has issued notice (No. 12/Dck/Rec dated 08-08-2018) to Highland Automobiles Pvt Limited Sonwar Srinagar of recovery of Sales tax amounting to Rs 22.5 crore.
The notice read: “Whereas, it was examined from the records available in this office that you have an outstanding arrears worth Rs 22, 55, 62, 949 (subject to reconciliation) for the accounting year (s) 2012-2013 & 2013-2014.”
“Whereas, you are advised to make payment of the said outstanding arrears by or before 14/08/2018. Falling which the recovery proceedings shall be initiated against you/or might have already been started, without further intimation, which may entail arrest and detention or attachment of moveable and immoveable property under the provisions of Section 63, 64 and 66 of J&K Land Revenue Act Samvat, 1996 etc. or might have already been started”, read the notice.
“It is also important to inform you that the Government has announced amnesty vide Government order No. 39-FD of 2018 dated 05-08-2018 wherein the waiver off penalty and interest has been announced or payment of principal amount of tax in three installments. And you may like to avail the benefit of the said Government order for which the concerned circle office may be contacted. The last date of availing the benefit of the scheme has been kept as 14-08-2018”, the notice order.
However, the date for availing the waiver of penalty has now been extended to October 14, 2018. Ansaris are now supposed to deposit the basic amount in three installments by October 14, to get the waiver benefit on penalty.
The High Land Motors whose partners are Abid Hussain Ansari, Amjad Hussain Ansari, Imran Reza Ansari and Kumail Hussain Ansari, has been also issued recovery notice of VAT (01-04-2013 to 31-03-2014) amounting to Rs 3, 41, 88, 995 including Rs 1, 90, 00, 000 tax, Rs 1, 42, 61, 335 interest and Rs 9, 27, 660 penalty by the department.
The High Land Motors has collected the Sales Tax and VAT from its customers but has failed to deposit with the Commercial Taxes Department.
It may be mentioned here that Punjab National Bank issued recovery notice to Imran Reza Ansari and his family members as willful defaulter of loans to the tune of Rs 32 crore. They have an outstanding balance of Rs 32.47 crore against them as on August 31, 2018.
The loans taken by the Ansari family, which runs Highland Automobiles in Srinagar, were declared non-performing assets on December 31, 2008 and the borrowers were declared willful defaulters on March 19, 2014.