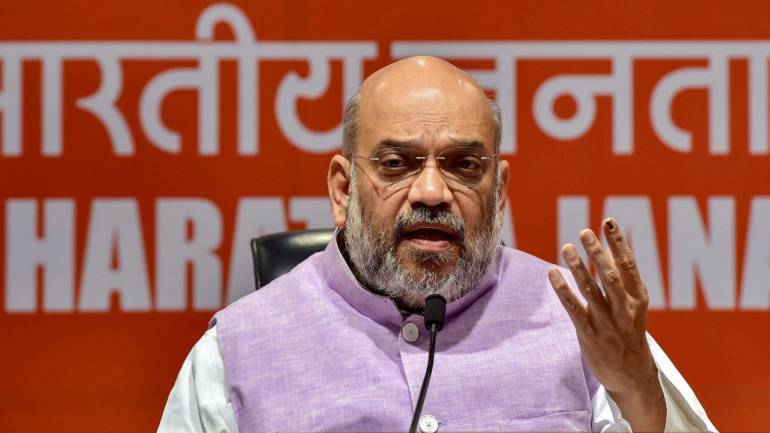 Excelsior Correspondent
JAMMU, Aug 4: Amidst ever increasing deployment of para-military forces and Rapid Action Force (RAF) in parts of Jammu and Kashmir, Union Home Minister Amit Shah today reviewed security situation in the State with National Security Advisor (NSA) Ajit Doval and top officials of MHA and Intelligence agencies while Prime Minister Narendra Modi will be chairing the crucial Union Cabinet meeting tomorrow morning in New Delhi.
While the Government proposed introduction of a bill granting 10 percent reservation to Economically Backward Sections (EWS) in Jammu and Kashmir, in the Parliament tomorrow, the National Conference and People’s Democratic Party (PDP) MPs will be moving Motions in Lok Sabha and Rajya Sabha for discussion on “deployment of additional troops in J&K”.
National Conference MPs will move an adjournment motion in the Lok Sabha tomorrow along with other members from the Opposition for discussion on situation arising in the Kashmir valley due to unprecedented deployment of additional troops while PDP MP Nazir Ahmad Laway has given Zero Hour Notice in the Rajya Sabha for discussion on “deployment of additional troops in J&K”.
National Conference has 3 members in Lok Sabha while PDP has two MPs in Rajya Sabha.
Only three working days are left in the extended budget session of Parliament.
Sources told the Excelsior that the National Conference has also sought support of some like-minded Opposition parties for the adjournment motion it proposed to move in Lok Sabha tomorrow for discussion on situation in Jammu and Kashmir developing due to massive deployment of additional troops in the State.
On Thursday last, a delegation of National Conference led by party president and former Chief Minister, Dr Farooq Abdullah had called on Prime Minister Narendra Modi and briefed him on the panic and fear among people of the Valley over deployment of additional troops. National Conference vice president Omar Abdullah and party’s Lok Sabha member Hasnain Masoodi were also part of the delegation.
On the other, the Government proposed introduction of a bill in the Parliament tomorrow for grant of 10 percent reservation to Economically Weaker Sections in Government jobs and educational institutions in Jammu and Kashmir. The reservations were cleared by the Union Cabinet in its meeting held on July 31. Prior to this, the State Administrative Council (SAC) headed by Governor Satya Pal Malik had approved the reservation and sent the proposal to the Union Cabinet as the State is under spell of President’s rule.
Meanwhile, Prime Minister Narendra Modi was scheduled to preside over the Union Cabinet meeting at 9.30 am in New Delhi tomorrow.
The meeting, according to sources, is crucial as it was likely to discuss Jammu and Kashmir.
Union Home Minister Amit Shah today held high-level meeting for review of security situation in Jammu and Kashmir in the Union capital.
The meeting among others was attended by National Security Advisor Ajit Doval, Home Secretary Rajiv Gauba and heads of the Intelligence agencies including RAW and Intelligence Bureau (IB).
Later, Additional Secretary, MHA Gyanesh Kumar, Incharge Jammu and Kashmir division also met the Home Minister separately and briefed him on security situation in the State especially the Valley.
However, there was no official word on what transpired at the meeting that lasted more than an hour.
Top Intelligence officials were, however, reported to have given feedback on the prevailing situation in Jammu and Kashmir after deployment of additional troops in the State.
There have been reports that Amit Shah could travel to Jammu and Kashmir on a four days visit of the State after completion of the Parliament session and hold review of security situation in all three regions including Jammu, Kashmir and Ladakh. However, there has been no official confirmation of this report and dates of the visit have also not been announced so far.
Situation has been tense in the Kashmir valley following deployment of large number of additional troops during the past few days, leading to different kind of rumours that the Central Government could take some significant decisions pertaining to the State.