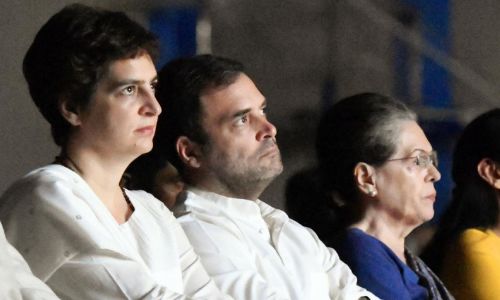 NEW DELHI: CRPF personnel took up positions at 10, Janpath, on Friday- a day a high-decibel controversy broke out over the withdrawal of Special Protection Group cover to the members of the first family of the Indian National Congress.

Congress leaders termed the step political vendetta. But the Bharatiya Janata Party maintained that the decision was taken after an assessment by multiple security agencies that there was no direct threat perception to the Gandhis.

Created in 1988 after the assassination of Prime Minister Indira Gandhi by her bodyguards after Operation Blue Star, the Special Protection Group cover is the highest tier of surveillance in the nation. At present, only four persons were covered by it-Prime Minister Narendra Modi and the three members of the Gandhi family. (AGENCIES)