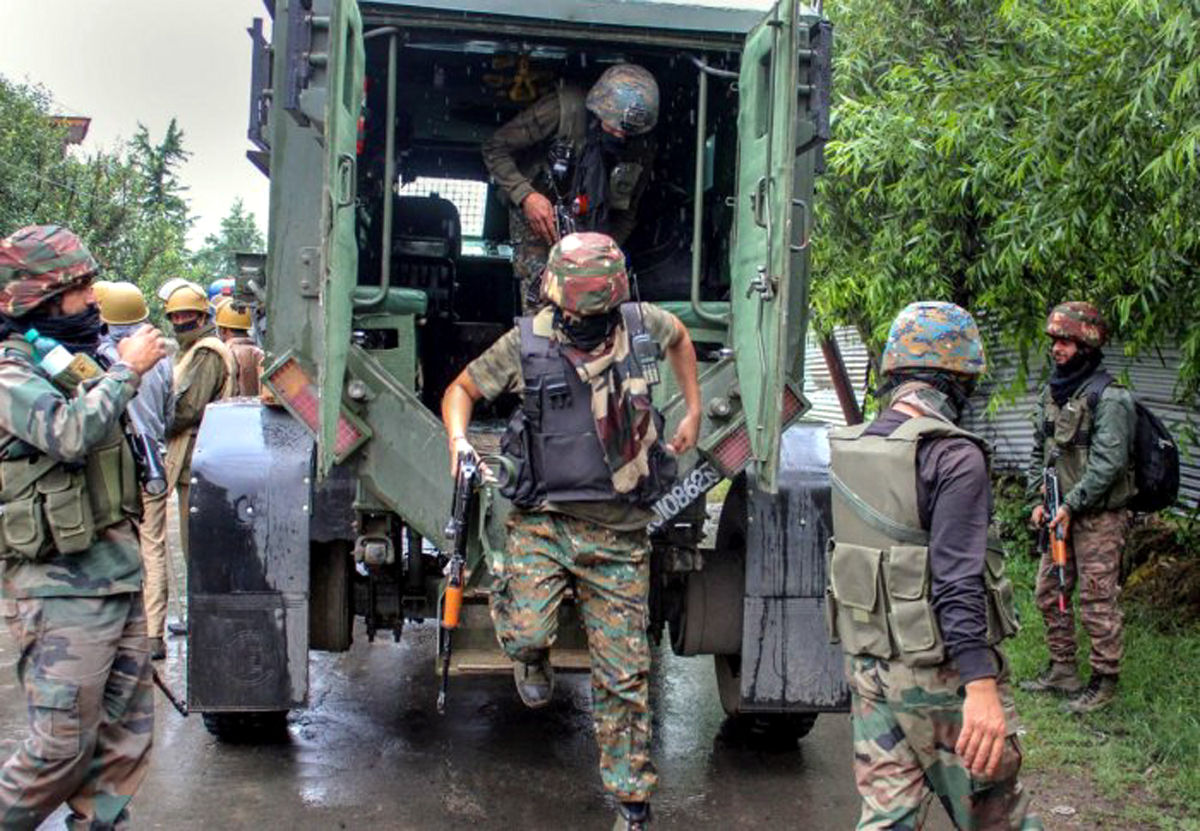 Jawan kills self, injures 2
Excelsior Correspondent
Srinagar, Jan 5: A paramilitary Central Reserve Police Force (CRPF) personnel was injured in a gunfight with the militants in Aripal village of Tral today while militants fled away.
A massive search operation was launched by security forces, including 42 RR of Army, SOG of Jammu and Kashmir Police and 180 Battalion of CRPF, in Aripal area of Tral in South Kashmir’s Pulwama district today.
The holed up militants fired on security forces during searches of the village, triggering an encounter. Sources said that 2-3 militants including Hizbul Mujahideen commander, Hammad Khan, were initially believed to be trapped in the area.
Click here to watch video
The house in which they were trapped was raised to rubble and security forces believed that they had killed one of the militants but no body was recovered from the debris of the house.
Security forces late in the evening again conducted searches of the nearby houses but no militant was found. The operation was later called off.
A CRPF personnel was injured in the gun battle and he was shifted to 92 Base Hospital in Srinagar for treatment.
Security forces fired in air to chase away the protesters who gathered in the area and were trying to march towards the gunfight site in Aripal village. People from adjoining villages of Pastuna, Seer, Gulshanpora, Luraw and Handura started marching towards Aripal after rumours of killing of a Hizb commander Hammad Khan spread in the area. Security forces fired in the air to chase away the people.
Meanwhile, Army’s 3 RR, Jammu and Kashmir Police and CRPF cordoned off Mahind village in Srigufwara in Anantnag this evening. The operation was launched following a tip-off about the presence of militants in the area.
Meanwhile, a CRPF man shot himself dead after injuring two of his colleagues following heated arguments in their camp at Pantha Chowk on the outskirts of Srinagar this evening.
A senior police officer said that at around 9.25 p.m there was altercation between CRPF personnel Mukesh Babu of Madhya Pradesh with Ranjeet Tewari of Jharkhand and Jaafarudin Qureshi of Madhya Pradesh in the CRPF camp at Pantha Chowk.
Mukesh, who was on Sentry duty of the camp, fired upon them during the altercation, injuring both of them. The injured were shifted to nearby Army’s 92 base hospital at Badamibagh Cantonment.
Mukesh later fled from the spot and hid himself in the washroom of the camp. Later he shot himself with his Insas service riffle inside the bathroom. His body was later taken out and handed over to Police for legal formalities.
Police have registered a case and are investigating the matter.