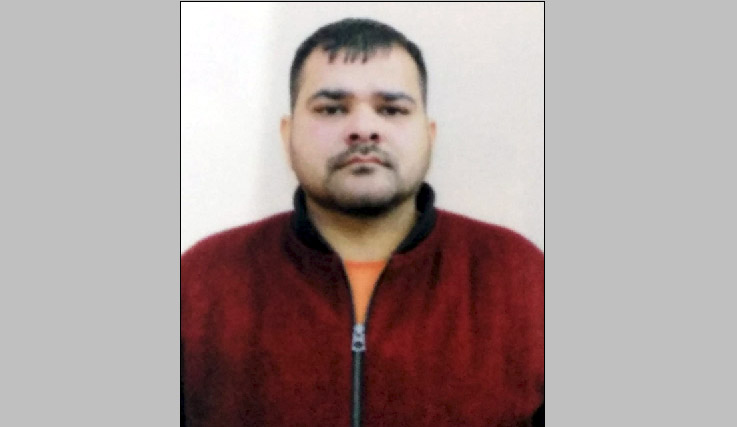 Team of Crime Branch Jammu conducted searches in the house of one
Nikhil Gandral S/o Lt. Sh. Ravinder Kumar Gandral R/o H.No. 24, Lane No.7, Greater
Kailash, Jammu, involved in case FIR No. 02/2020 U/S 409, 420/IPS r/w 13(1) (c)
P.C. Act-1988 P/S Crime Branch Jammu for misappropriation of Govt. Revenue in
PHE Department to the tune of Rs. 1.64 Crores while being posted as cashier at PHE
City Division No. 01 Jammu. The searches were conducted under order of Hon’ble
Court in the presence of an Executive Magistrate. During the search, some
documents have been seized which are being further scrutinized to get more clues
regarding the embezzlement.

A written complaint was lodged by Sh. Surinder Abrol, Executive
Engineer PHE, City Division-01 Jammu for registration of FIR against accused,
posted as cashier in the office of Executive Engineer, PHE, City division No. 01,
Jammu, for committing embezzlement of government revenue amounting to
Rs. 1.64 Crores).

Crime Branch Jammu initiated criminal proceedings into the matter
and conducted preliminary verification in light of the contents of the complaint,
which substantiated the allegations against the accused. Accordingly, a formal
case was registered and in depth investigation has been set in motion. During
investigation it has been found that the revenue collected by field staff and
consolidated with AEEs, which was handed over to cashier Nikhil Gandral by
sub-division clerks has not been deposited in the treasury by said cashier who
was entrusted with such revenue in his capacity being a public servant, thus
committing dishonest misappropriation of Govt. revenue, causing wrongful loss
to Govt. exchequer and wrongful gain to himself. Further investigation of the
case is going on.