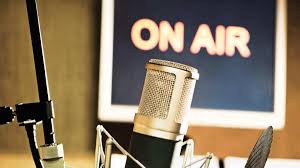 NEW DELHI: In a bid to beat the lockdown boredom, more and more people are tuning in to radio for information and entertainment with a latest study saying that the time spent on the audio medium has increased by 23 per cent to 2.36 hours everyday, second only to television.

The study, commissioned by the Association of Radio Operators for India (AROI), also said radio industry has witnessed a listenership of 51 million people, which is nearly as much as television”s reach of 56 million and social media”s reach of 57 million.

India is under a 21-day nationwide lockdown since March 25 to contain the spread of the COVID-19 pandemic.

“Radio has always been a constant companion to everyone, both in good and tough times. It is one medium that has a pan-India reach right from the grassroot level to the metros,” AROI said in a statement.

According to the study done by the AZ Research across a sample size of 3,300 people, 82 per cent people have been tuning in to radio during COVID-19, with FM channels emerging as the second most credible source of information for the masses.

Radio’s at home listenership has jumped by 22 per cent to 86 per cent from 64 per cent.

“The time that people spend listening to radio has increased by 23 per cent to 2.36 hours everyday during the lockdown, second only to television,” the study said. (AGENCIES)