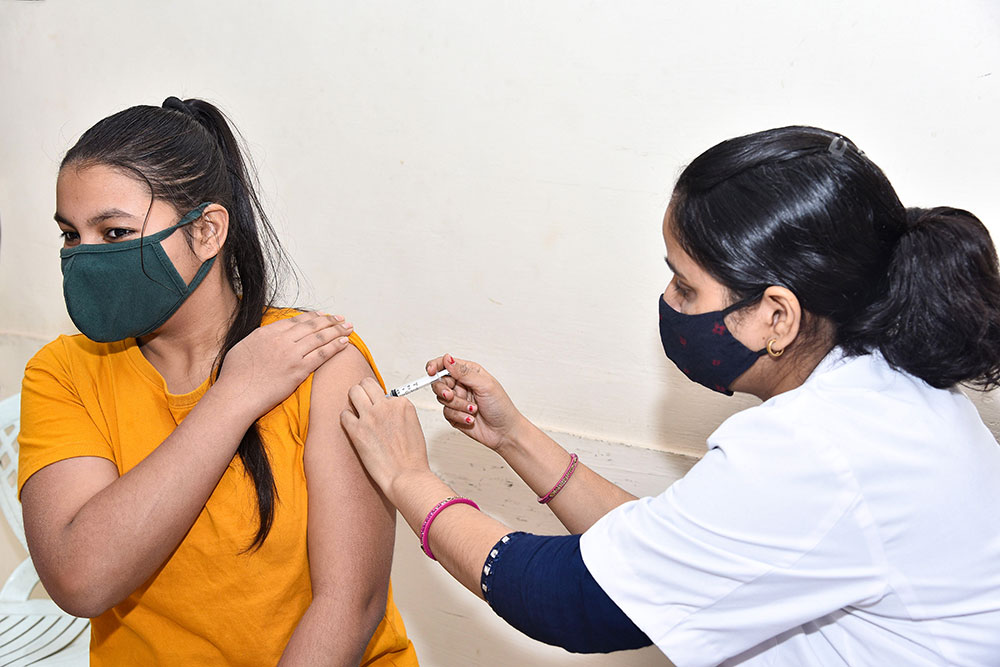 New Delhi, Dec 11: Centre has advised the states and Union Territories to emphasize on the district level measures for containment of COVID-19 clusters as 27 districts across 10 states/ UTs have been reporting high positivity rates in the past two weeks.
Union Health Secretary Rajesh Bhushan in his letter to the chief secretaries and administrators of the states and Union Territories also emphasized the strategic containment interventions in identified areas, in case of COVID clusters, including night curfews, restricting gathering of people, congregation, and curtailing attendees in marriages and funerals.
“Eight districts in three states have been reporting more than 10 per cent positive rates in the past two weeks. Further, 19 districts in seven states/UTs have been reporting positivity rates between 5 per cent and 10 per cent in the past two weeks. Thus, these 27 districts need to be monitored very closely,” Bhushan informed in his letter.
“The strategic containment interventions in identified areas with a test positivity rate of above 10 per cent or above 60 per cent bed occupancy on either oxygen supported or ICU beds, include night curfews, restricting the intermingling of people, prohibition of congregations, curtailment of attendees in marriages and funerals/last rites,” the letter read.
“Testing and surveillance interventions include ramping up testing and active case search, testing of all ILI and SARI cases through Rapid Antigen Tests (RAT) and retesting by RTPCR of symptomatic RAT negative tests. Strict adherence to COVID appropriate behaviour at all places and at all times must also be rigorously enforced and aggressively monitored. Adequate advance information to community highlighting the need for stringent containment actions to achieve community involvement and support are also mandated in the framework issued by MoHFW,” it added.
Meanwhile, India reported 7,992 fresh COVID-19 cases and 393 deaths in the last 24 hours, informed the Ministry of Health and Family Welfare on Saturday.
As per the COVID bulletin, India’s active caseload currently stands at 93,277, the lowest in 559 days. The active caseload accounts for less than one per cent of total cases and is currently at 0.27 per cent, the lowest since March 2020. (AGENCIES)