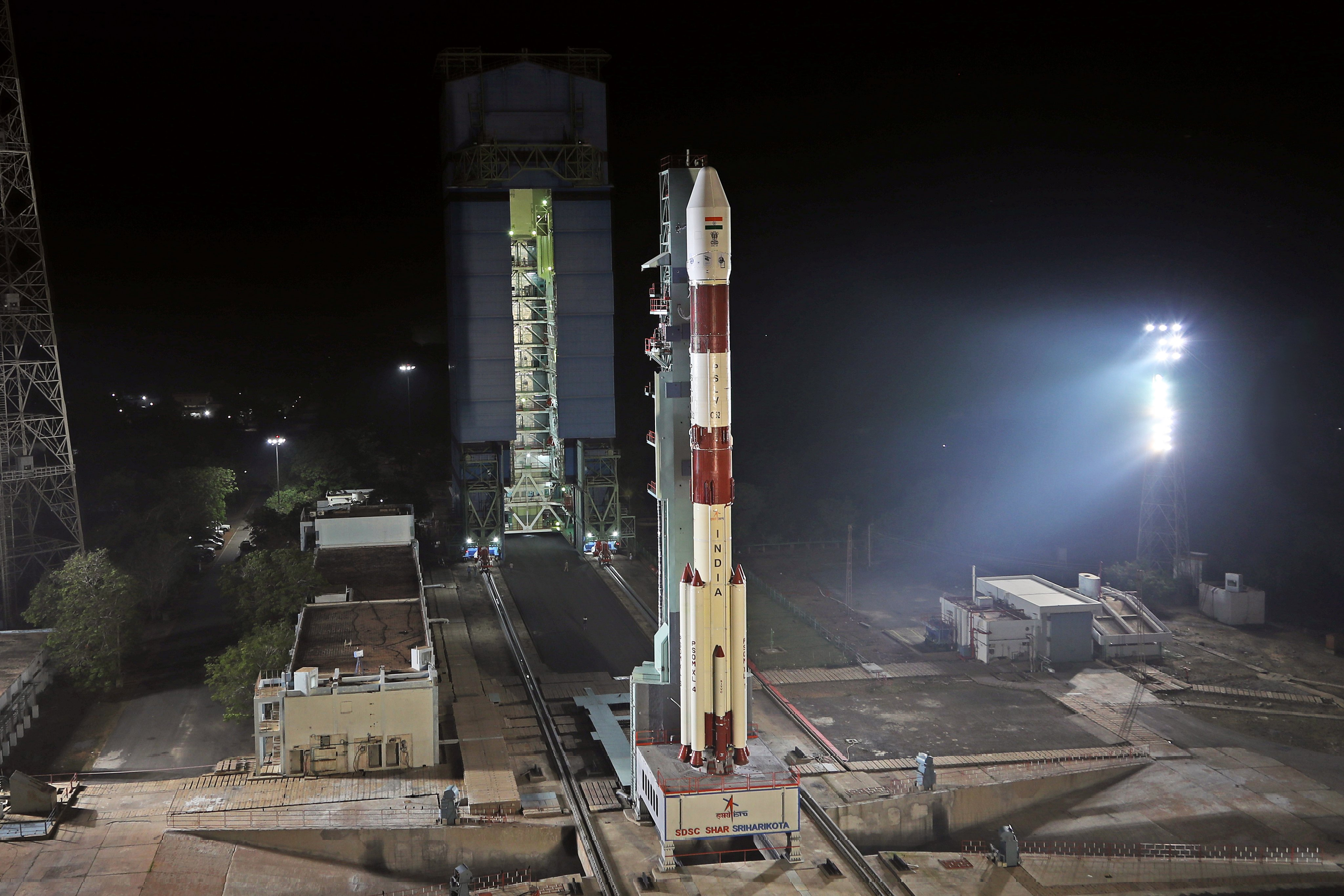 BENGALURU, Feb 13: The 25-hour countdown for Indian Space Research Organisation’s first launch mission of 2022, to orbit earth observation satellite EOS-04 onboard PSLV-C52, began early on Sunday, the space agency said.
The launch of the Polar Satellite Launch Vehicle, which will also carry two small co-passenger satellites, is scheduled at 05:59 hours on Monday, from the First Launch Pad of Satish Dhawan Space Centre at Sriharikota in Andhra Pradesh.
“PSLV-C52/EOS-04 Mission: The countdown process of 25 hours and 30 minutes leading to the launch has commenced at 04:29 hours today,” the city-headquartered ISRO said in a tweet.
The launch vehicle is designed to orbit an earth observation satellite EOS-04, weighing 1,710 kg into a sun synchronous polar orbit of 529 km.
EOS-04 is a Radar Imaging Satellite designed to provide high quality images under all weather conditions for applications such as Agriculture, Forestry and Plantations, Soil Moisture and Hydrology and Flood mapping.
The mission will also carry two small satellites as co-passengers, including a student satellite (INSPIREsat-1) from Indian Institute of Space Science and Technology (IIST) in association with Laboratory of Atmospheric and Space Physics at University of Colorado, Boulder. It is also contributed by NTU, Singapore and NCU, Taiwan.
Two scientific payloads in this satellite is to improve the understanding of ionosphere dynamics and sun’s coronal heating processes.
The other is a technology demonstrator satellite (INS-2TD) from ISRO, which is a precursor to the India-Bhutan Joint Satellite (INS-2B). Having a thermal imaging camera as its payload, the satellite benefits the assessment of land surface temperature, water surface temperature of wetland or lakes, delineation of vegetation (crops and forest) and thermal inertia (day and night).
This will be the 54th flight of PSLV and 23rd Mission using PSLV-XL configuration with 6 PSOM-XLs (strap-on motors). (Agencies)