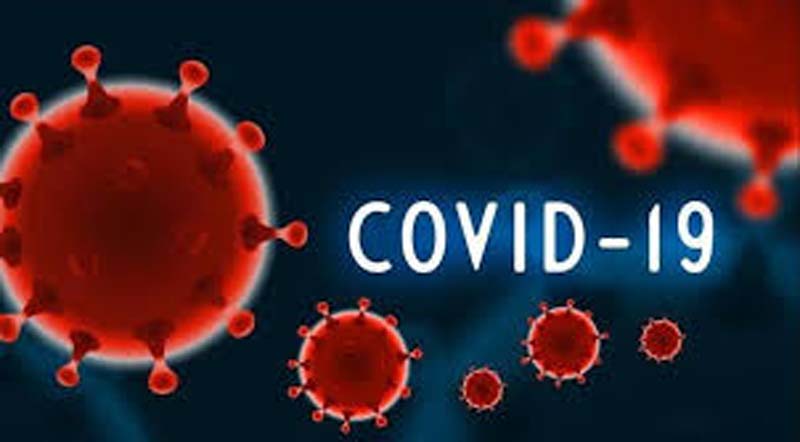 Excelsior Correspondent
JAMMU, Aug 6: Two more persons today succumbed to Coronavirus in Jammu region-one each in Jammu and Rajouri districts taking death toll to 34 while 73 more persons including 51 in Jammu district alone were tested positive for the virus today and 105 patients were treated and discharged from various COVID hospitals.
A 42-year-old man from Patoli (near Roop Nagar) who was suffering from multiple ailments and was positive for Coronavirus died in the Government Medical College (GMC) this morning.
He was admitted to the GMC Jammu on August 5 a day after testing positive for the virus and died at 8.47 am today, GMC Medical Superintendent Dr Dara Singh said.
A man from Sunderbani in Rajouri district who was under treatment at Sher-i-Kashmir Institute of Medical Sciences (SKIMS) Soura for cancer and was also COVID positive passed away early today.
With these two deaths, Jammu region’s toll has gone up to 34 and that of Jammu district to 23 and Rajouri to three. Two casualties each have been reported from Udhampur and Doda and one each from Ramban, Kathua, Samba and Poonch.
Out of 51 persons who tested Corona positive today in Jammu district, 30 were without any travel history.
Nearly one and a half dozen security personnel, mostly from the CRPF, tested positive in Jammu district.
Other positives of the district include three women from Old Satwari, middle-aged man from Bishnah, senior citizens from Marh and Gujjar Colony, 62 and 33 years old women from Rehari, 46-year-old from Mandal, man from Wazarat Road, youth and three middle-aged men from Akhnoor, 34-year-old from Gangyal, teenager from Shama Chak, 34-year-old from Dogra Hall, teenager from Karan Nagar, 53-year-old from Wazarat Road, middle-aged man from Satwari and 52-year-old from Bahu Fort.
Six persons tested positive in Kathua district today including Manager of Chenab Textile Mills (CTM), who is under treatment at Chowhan Medicity Pathankot and a patient from GMC Kathua, Deputy Commissioner OP Bhagat said.
Four other positives of the district include three contacts-two from Hiranagar and two from Kathua town.
Five persons were reported positive for the virus in Samba district. Of them, three were security personnel-one each from Army, ITBP and BSF, a woman from Vijaypur and a 55-year-old traveler, SSP Samba Shakti Pathak said.
Two persons including a narcotics smuggler arrested by police from Banihal tested positive in Udhampur district today. The narco smuggler was admitted in the District Hospital. Another positive of the district was a 28-year-old youth from BR Ambedkar Colony, District Magistrate Dr Piyush Singla said.
Five persons have tested positive in Rajouri district—one each from Sunderbani and Chaparan and three travelers.
Two persons tested positive in Kishtwar and one each in Poonch and Ramban.
Jammu region’s Corona tally today rose to 5273 and active cases to 1870 as 3369 patients have been treated and discharged while there have been 34 casualties in the region.
Reasi and Doda districts didn’t report any Corona cases today.
As many as 105 Corona patients were today discharged from various COVID hospitals after testing negative.
Highest numbers of 28 patients were discharged in Kathua district, 20 in Jammu, 18 Udhampur, 11 Reasi, nine Samba, six each in Kishtwar and Poonch districts, four Ramban and three in Rajouri districts.
Meanwhile, three persons today tested positive for COVID-19 in the Union Territory of Ladakh, all in Leh district.
With this, the Corona tally of Ladakh has risen to 1595. Leh district has 741 and Kargil 854 Corona cases. However, the UT has only 411 active cases of Coronavirus including 287 in Leh and 124 in Kargil as 1177 patients have been treated—450 in Leh and 727 in Kargil. There have been seven Corona casualties in Ladakh.
Of total positives of Ladakh, 29 have been admitted in COVID hospitals, 153 were in home isolation, 99 in COVID Care Centres and 125 in Facility Isolation.