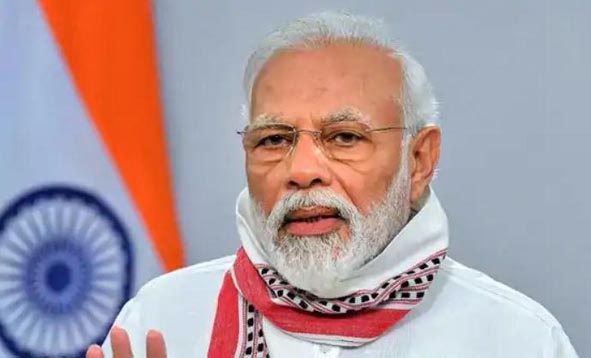 NEW DELHI/THIRUVALLA (Ker), June 27:
Asserting that the Government’s guiding light is the Constitution of India, Prime Minister Narendra Modi on Saturday said the Government does not discriminate between faith, gender, caste, creed or language and is led by the desire to empower 130 crore Indians.
Addressing the 90th birthday celebrations of Rev Joseph Mar Thoma Metropolitan in Pathanamthitta of Kerala via video conference, the prime minister said his Governmenthas been guided by a long-term vision to make India a growthengine.
“We have taken decisions not from comfortable Government offices in Delhi but after feedback from people on the ground,” he said.
“It is this spirit that ensured every Indian has access to a bank account,” he said.
Modi said Ayushman Bharat is the “largest healthcare scheme in the world” through which over a crore people have got “quality treatment.”
“For women, we are ensuring that their health gets due attention via various schemes.And, their career path is not compromised through extension of maternity leave,” Modi said.
The Prime Minister asserted that Government of India does not discriminate between faith, gender, caste, creed or language.
“We are guided by the desire to empower 130 crore Indians and our guiding light is the Constitution of India,” he told the gathering. The prime minister said the Government had brought the one nation-one ration card scheme to help the poor from wherever they are and for the middle class several initiatives have been introduced to boost the ease of living.
On India’s COVID-19 battle, Modi said thecountry was firmly fighting the pandemic.
“Earlier this year, some people had predicted that the impact of the virus in India would be very very severe.
But, due to lockdown and many initiatives taken by the Government as well as a people driven fight, India is much better placed than many other nations.
India’s recovery rate is rising,” Modi said.
India’s death per million due to Covid is under 12 while the death rate in Italy was 574 per million,he said.
India was much better placed than many other nations, Modi said and pointed that the figures in the United States, Spain, Britain and France were much higher than India.
Lakhs of villages, home to almost 85 crore people remain almostuntouchedby the coronavirus, he said.
“The people-driven fight has given good results so far,” Modi said, cautioning that people can’t let their guards down yet.
“In fact, we have to be even more careful now. Wearing masks, following social distancing, avoiding crowded places remain important,” he said.
Pointing out that the coronavirus is not only a physical sickness but a threat to the lives of the people, he said “It also takes our attention to unhealthy lifestyles. A global pandemic implies that humanity as a whole needs healing.
Let’s do everything possible for further harmony and happiness on our planet.”
Modi said the wheels of trade and commerce have to move even as the fight against thepandemic continues.
“At the same time, we have to focus on economic growth and prosperity for 130 crore Indians. The wheels of trade and commerce have to move. Agriculture has to flourish.
In the last few weeks, the Government of India has addressed both short-term and long-term issues relating to the economy. From the sea to space, from the farms to the factories, people-friendly and growth friendly decisions have been taken,” the Prime Minister said. (PTI) 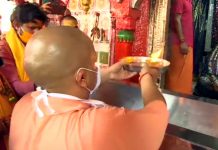