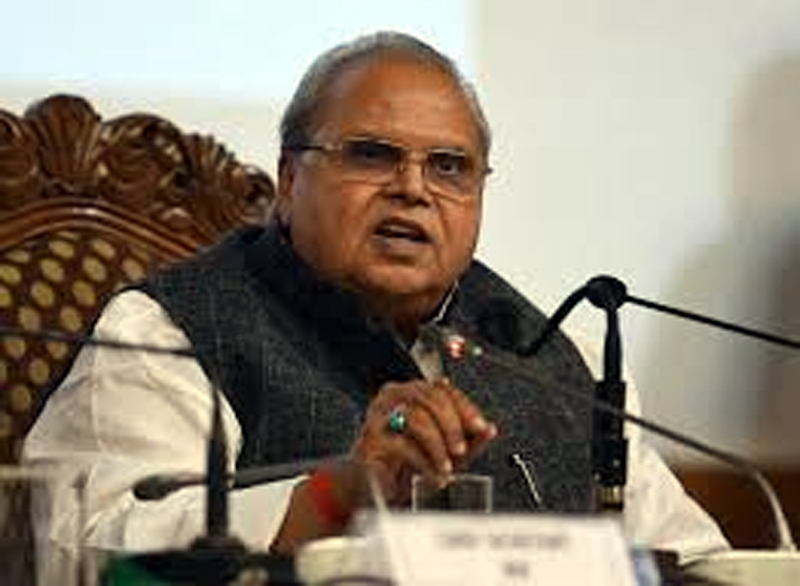 Key provisions of Act await implementation during past 9 yrs
Constituted in 2018, Authority fails to meet even once
Mohinder Verma
JAMMU, Oct 8: Like all the previous dispensations in the State, conservation and preservation of rich heritage of Jammu and Kashmir has remained least priority even for the Governor’s Administration as it has failed to start implementing key provisions of law, which was enacted over nine years back.
In the year 2010, the State Legislature enacted the Jammu and Kashmir Heritage Conservation and Preservation Act so as to save both tangible and intangible heritage like monuments, precincts, artefacts, sculptures, manuscripts, music, dance and performing arts etc for the posterity.
However, no serious attention was paid towards implementation of the Act by the successive Governments as if merely enactment of law was going to yield the desirable results. “The most shocking aspect is that even during the Governor’s Rule, no effort has so far been made to translate the provisions of the legislation into reality to achieve the objective behind its enactment”, official sources told EXCELSIOR.
In the month of December last year, the Government constituted Jammu and Kashmir Heritage Conservation and Preservation Authority under Section 7 of the Heritage Conservation and Preservation Act, 2010 and nominated Dr Chander Mohan Seth, former Chairman of Jammu and Kashmir Pollution Control Board and environmentalist, S K A Qadri, former Director General Archives, Archaeology and Museums, Abdul Qayoom Rafiqui, former HoD History of Kashmir University and Convener INTACH, J&K Chapter as non-official members of the Authority.
It was mentioned in the order issued by the Administrative Secretary of the Department of Culture that Phonsok Tsering, Alumni of National School of Drama will be the co-opted as member of the Authority.
“This step generated hope about much needed conservation and preservation of rich heritage of J&K. However, the Authority has not met even once during the past over 10 months and this clearly indicates that even Governor’s Administration is not paying serious attention towards implementation of the provisions of the Act”, sources said.
When contacted, some non-official members, who have expertise in conservation of heritage, said, “neither we have received any information about convening of meeting of the Authority nor anybody from the Department of Culture and Department of Archives, Archaeology and Museums approached us informally”.
“It seems that nomination of non-official members of the Authority was just a formality otherwise some meetings of the Authority should have been convened till date”, sources said while disclosing that Authority, as per the provisions of the Act, is supposed to prepare and implement Heritage Conservation Plans in respect of both tangible and intangible heritage.
Sub-Section 2 of Section 10 of the Act read: “The Authority shall prepare Heritage Conservation Plans for listing and upgrading of heritage; specify urban/rural design proposals in the case of heritage sites in order to preserve and protect the character of the area; prepare proposals for incentives, if found necessary, for the protection of heritage or heritage sites. Once the plans are prepared by the Authority, all permissions for development that might affect the heritage/heritage sites shall be in conformity with the Plans”.
Similarly, Sub-Section 6 of Section 10 states: “If the Authority finds it fit, it can recommend to the Government that the object/property be declared as heritage/heritage site and the Government may declare the same accordingly”.
“Moreover, the Authority enjoys the powers to serve notice to the concerned authorities/persons in case it comes to the conclusion that a listed heritage object/site is not being maintained properly or such sites need repair”, sources informed.
They further said, “there is also a provision in the Act for creation of J&K Heritage Conservation and Preservation Fund for maintenance and improvement of heritage objects, areas, buildings, precincts and sites”, adding “since J&K has vast heritage both tangible and intangible non-implementation of provisions of Act amounts to turning blind eye towards their preservation”.
Disclosing that J&K Heritage Conservation and Preservation Act will remain in force in the Union Territory of Jammu and Kashmir and Union Territory of Ladakh, sources said, “it is a matter of serious concern that while Ministry of Home Affairs has understood the importance of the law, the concerned authorities of the State are still turning blind eye towards its implementation in letter and spirit”.