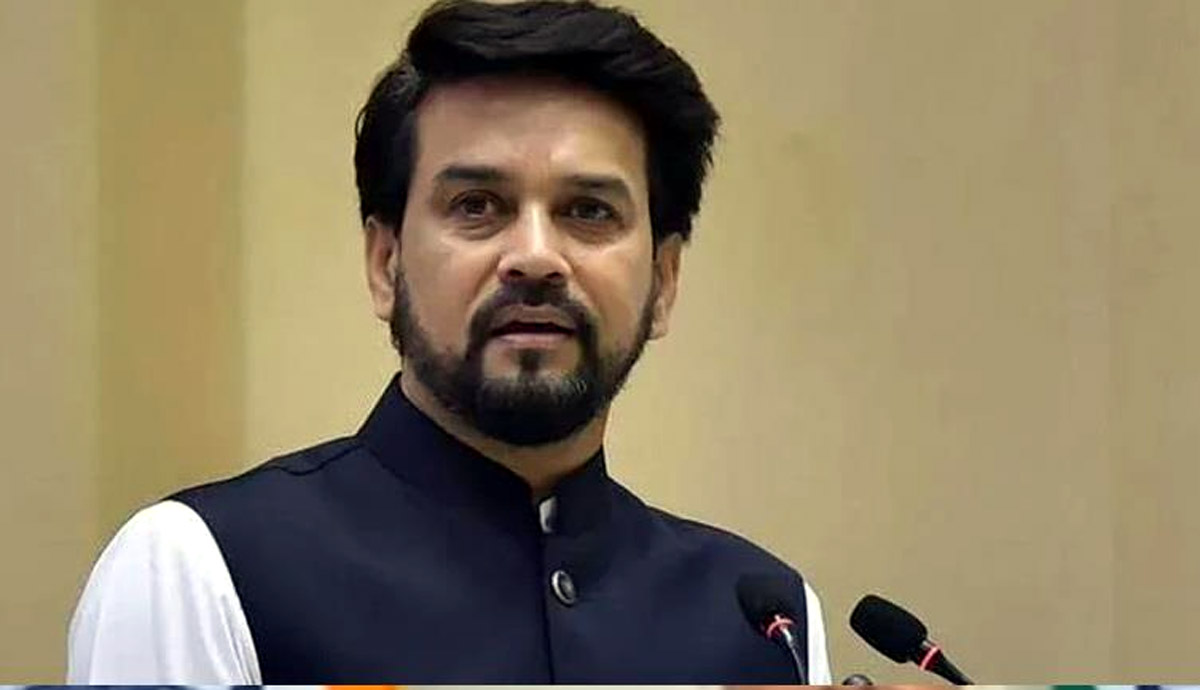 NEW DELHI, Aug 5: Hitting out at the Congress, Union Information and Broadcasting Minister Anurag Thakur on Friday said truth will not turn into a lie even if those indulging in corruption hit the streets from Parliament.
Thakur’s remarks came on a day when Congress members staged protests across the country against rising inflation and in the wake of the Enforcement Directorate questioning Sonia Gandhi, Rahul Gandhi and Mallikarjun Kharge in connection with money laundering allegations in the National Herald case.
“Investigation agencies are impartial. Don’t create hurdles in their way. Don’t resort to such drama,” he told reporters here.
“Those who have indulged in corruption, are out on bail and afraid of going to jail. They are running scared from investigation agencies,” the senior BJP leader told reporters here.
Hitting out at the Gandhis, Thakur alleged that those accused of corruption were rallying help from others to hide their wrongdoings.
“Sonia-ji and Rahul-ji, please don’t play such games, allow the investigation agencies to do their work,” Thakur said.
The BJP leader wondered whether it was justified to put pressure on the investigation agencies that were conducting an impartial investigation into the allegations of corruption.
“Why are they afraid of investigation agencies? What do they have to hide? Why are they protesting on the streets? Why is an accused seeking help from others to hide his wrongdoing,” Thakur said.
Thakur added that the BJP came to power in 2014 on the promise of giving corruption-free governance.
“In the last eight years, Prime Minister Narendra Modi has given corruption-free governance. Investigation agencies are probing corruption in the previous years,” Thakur said. (PTI)