SAMBA, July 22: The Congress workers held a protest demonstration in front of office of the Sub Divisional Magistrate at Vijaypur demanding shifting of Degree College from Tarore to nearby area in Vijaypur.
The protest was led by Babal Gupta, vice president DCC, Samba. A memorandum was also submitted to Governor of the State through SDM, Samba. It said that the Government has sanctioned three degree colleges for district Samba at Vijaypur Purmandal and Ramgarh. The district administration has proposed the site for the Degree College Vijaypur at Tarore in Tehsil Bari Brahmana without taking the stakeholders into consideration.
The memorandum while, justifying the demand of establishing Degree College to a suitable place surrounding Vijaypur said that Vijaypur block is scattered within 10 to 15 kms radius in plain and hilly terrain. It further said that the Central Government has sanctioned the Degree Colleges keeping in view the feasibility and accessibility of the students. Hence the college should be at Central place to be approachable by foot.
Moreover, the transport facility to college goers should be easily available so that students can reach their college without any difficulty. The protestors in the memorandum said that the proposed Vijaypur College is located at the corner of the Vijaypur block which is two kms away from National Highway. The students of various villages can’t take advantage of the college if it is established at such a far off place, they added.
They demanded shifting of college near the Vijaypur town, which is centrally located place. Raj Kumar president Sewa Dal, Capt (retd) Mohan, block president, ChoudharyBhajan Lal, Kaku Ram and others participated in the protest. 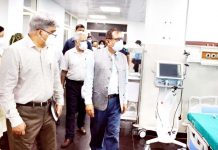 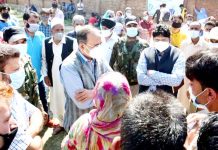 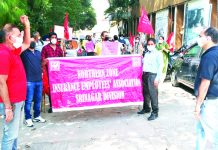 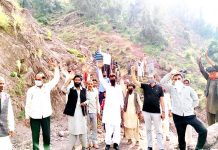 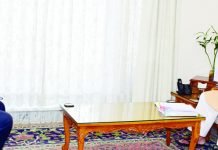 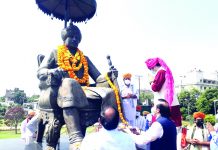