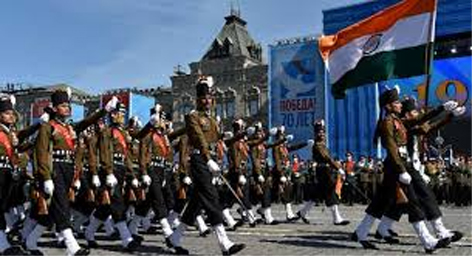 That Government was making suitable amendments in the Companies Laws to benefit Central Armed Police Forces (CAPF), Central Para Military Forces (CPMF) , veterans and their dependents in respect of the contributions of the Companies as to be considered Corporate Social Responsibility (CSR) was a welfare scheme step taken by the Government. It was in token of the recognition of the services made by our para- military forces from time to time .In other words, those identified companies registering annual profits had to shell out at least 2 percent of their three years previous average profits for the CSR works in a financial year.
Such identified companies with a net worth or the difference between the assets and the liabilities of Rs.500 crore , annual turnover of Rs.1000 crore and Rs.5 crore or more as profits could spend money on the CSR activities. The money spent towards the benefit of these central armed forces including their dependents and war widows by the identified companies shall be in accordance with the suitable amendments to the Companies Act . The services rendered by these forces including offering supreme sacrifice for the nation makes them and their families eligible for the nation’s gratitude and such measures as under reference, are only a few of them including benefits under “Bharat Key Veer Fund”.