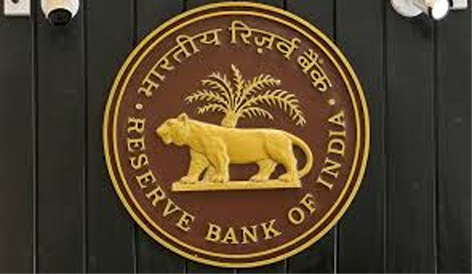 An important long awaited reformative decision in banking industry has been taken by bringing urban cooperative banks and multi-state cooperative banks under the overall supervisory umbrella of the country’s Central Bank – the Reserve Bank of India. An assessment made randomly about these banks is that their mushroom growth across the country, which conceptually though perceived of much importance so far their role and functioning are concerned, had over the period, come up largely as a result of regional political considerations as also thereafter facing increased political interference too in day to day functioning thus playing even with the fundamentals and principles of basic banking. It is also a fact that in most of such banks across the country, utter mismanagement, throwing to winds the procedures and norms, fudging securities and their actual market price while making huge advances against them, siphoning of money, suspicious end use of money advanced related to quid pro quo considerations and above all, jeopardising the interests of depositors following collapse of many of such banks, are among the chief reasons leading to the President of India promulgating an ordinance amending the Banking Regulation Act of 1949 by virtue of which, now, Reserve Bank of India shall be exercising its supervisory and regulatory control over such co-op banks. The offshoot, immediate one, that of affording protection to the deposits in such banks which the concerned constituents were in dire need of, assumes much significance.
Since most of the members on the Board of Directors of these co-operative banks used to be people with no banking knowledge and mostly owing allegiance to political leanings of the areas, it was increasingly found that appraisal, sanction and disbursement of loans were done in a manner where banks’ interests and those of the depositors were largely ignored and even compromised. Scam of numerous fictitious loan accounts surfacing in Punjab and Maharashtra Cooperative Bank last year, Rs 223 crore recently unearthed scam in Jammu and Kashmir State Cooperative Bank and many such banks across the country had one thing as a common factor and that is active involvement of the members on the Board of Directors and even the Chairmen of such banks themselves. The malady did not usually stop at creating havoc with the banking system by fiddling brazenly with the set and time tested banking norms but of not reporting , under reporting or even false reporting about the affairs especially related to advances portfolios to the respective controlling authorities, much less to the RBI. Since the banking system is interwoven in such a way that any fraud, scam or financial irregularity cannot be managed to be suppressed or altered or manipulated to be down played, it surfaces quickly than such type of scams in other departments.
However, now onwards, not only shall be periodic reporting by means of usual returns and statements, particularly about the affairs and the health of the assets mandatorily be made by the cooperative banks to the RBI but also face multi tiered audits and inspections too from time to time. Checks, verifications, valuation of securities at periodic intervals, periodic reviewing of loan accounts, actual and factual assets classification and other measures shall now visit these banks like other commercial banks operating in the country. Not only that, reporting of slippages of the health of assets accounts particularly most critical area of NPAs shall be duly scrutinised and even accountability and responsibility, if any, fixed. The positive side of the changed scenario shall result in better and professional management of these banks, better quality of services rendered to the public, trust reposed in depositors, digital services in gradual stages and more transparency besides a sense of job security of the employees working in these banks.