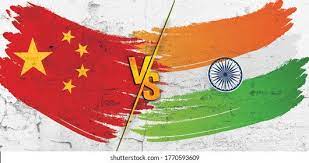 It is one thing to not resolve decades in a row old unsettled boundary issue between the two largest human populated but neighbouring countries China and India due to host of reasons primarily due to the ambiguities and manufactured claims coupled with stubbornness of China but entirely different that it should not reverse what it did unilaterally two years ago in April 2020 in Ladakh sector. If in not accepting the virtual historic McMohan Line by China due to Tibet factor has got any semblance as per its viewpoint , why should it continue to remain adamant despite China occupying Tibet in 1950 and for reasons better known to China , it neither approves nor accepts the McMohan Line which is the main stumbling block . Primarily, that lends an unasserted, unsettled and undecided fate of and to the demarcation line, the outcome of the Shimla Agreement of 1931 and subsequent developments notwithstanding the fact that India has already recognised and accepted the McMohan Line as its boundary. It is only the other side which is creating all types of hurdles as its state policy.
Has that adamant attitude of China got to do something fishy about its tactics of dodging and evading the demand of Indian Government to move back to prior April 2020 position on those points termed as ”friction points” in eastern sector of Ladakh where the armies of the two Asian giants are locked with one another in an eyeball to eyeball position for which wholly and solely China is responsible . Such a standoff not only keeps the relations of the two neighbours abnormal and far from friendliness but are straining more the existing tensions and burdens on avoidable expenditures as cost of holding to ground steadfastly . China must shun its diabolical policy of making small and incremental encroachments into other’s territory that does not escalate into a war but gives China a strategic advantage. Such a stance of China cannt be allowed to go unchallenged and resisted forcefully diplomatically and even otherwise. India this time, therefore, has forcefully resisted such ”conventional ” tactics of China.
If the intentions of the Chinese side are not increasingly suspect ,about which India’s apprehensions are not without a firm basis, why should spate of Military level and diplomatic level talks between the two countries yield no results, is the moot question. China , it may be reiterated , is fully aware about India remaining committed to its stand which may not be termed as any sort of adamancy and even if for preserving and protecting its territorial integrity and securing borders adamant attitude is adopted , it is all required in national interest. Army Chief General Pande , as such asserted that Indian troops ”continued to hold important positions” along the LAC and would deal with any situation along the frontier adequately as the Army’s aim is to restore the same position as it existed prior to April 2020. The Indian Army having a robust posture to confront any situation is fairly known to China and ,therefore, its stubbornness was not only unacceptable but wholly unjustifiable and in no case going to alter the position.
Let the situation be analysed in extremities too even if the proverbial push comes to a shove from China . Both the countries are nuclear powers and leaving aside the childish approach towards nuclear weapons and repeated threats to use those against India as Pakistan often does, the fact remains that till date no two nuclear countries have fought with each other . The fact that while China’s missiles can reach any part of the world, India’s latest Agni missiles developed indigenously can reach any part of China quite easily not to speak of BrahMos missile but that all apart, can a military solution be in the interests of either or both the countries. Agreeably not, then why China keeps the boundary issue alive. Dialogue and understanding each other’s view point and to proceed ahead towards restoring normalcy is the only alternative. Not that China does not know that or the incidence of June 15 at Galwan where its unbridled PLA personnel used most brutal and savage ways of starting the skirmishes all of a sudden using spikes, rocks, rods, nail studded clubs etc but after getting a suitable dose of response from the Indian Army, it tasted the pudding as its proof and, therefore, the intentions and the stand of India in maintain a status quo ante position that existed prior to April 2020 are well known . Sooner China realises the gravity of the issue of settling the position of ”friction points” , better it will be not only for mutual relations but for China itself.