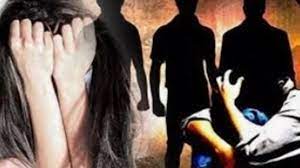 Islamabad, Sept 16: A Chinese national, accused of sexually assaulting a teenage girl for months, has been arrested here, police said.
A case was registered against the suspect in response to a complaint lodged by the 16-year-old girl, who was working as a translator with the Chinese national, the Dawn newspaper reported on Friday.
The girl in her complaint said the suspect started harassing her soon after she started the job.
He sexually assaulted her in January this year and continued to rape her as he threatened the girl with dire consequences in case she filed a complaint, the report said.
The girl, however, got pregnant but did not disclose it to her family.
Her elder sister, who noticed her condition took her to a private hospital where she was pronounced over 31 weeks pregnant. They then approached the police for registration of the case, according to the FIR.
The police said the suspect has been arrested and his passport confiscated.
The medical examination of the suspect and the girl was conducted to collect samples for DNA matching, the report said.
The suspect during the interrogation confessed to having a physical relationship with the girl but denied raping her, said the police. (PTI)