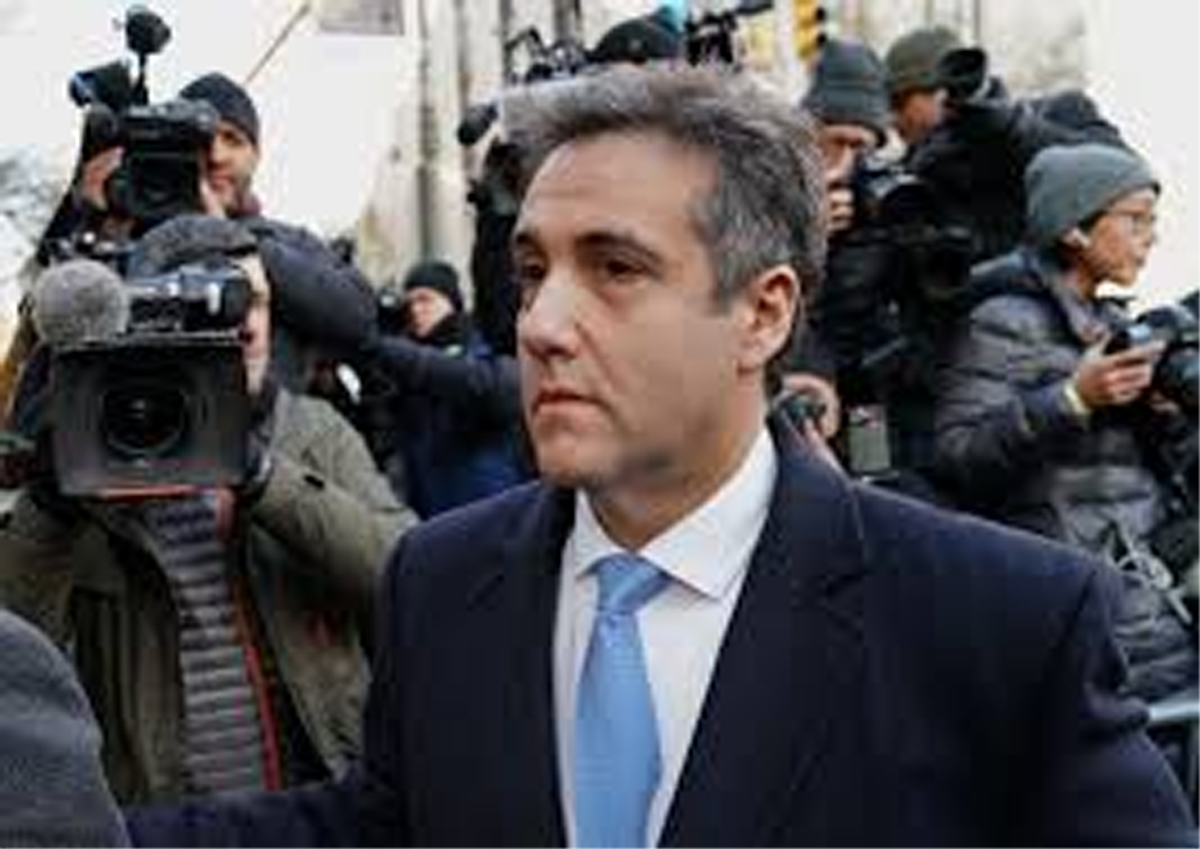 Already facing a three-year prison term for “dirty deeds” he performed at Trump’s beckoning, Cohen will face questioning behind closed doors Tuesday at the Senate Intelligence Committee on his work for Trump and the 2016 Trump campaign’s ties to Russia — still a focus of Special Counsel Robert Mueller’s investigation.

On Wednesday he will appear in public before the House Oversight Committee, and then Thursday will be quizzed in a closed hearing of the House Intelligence Committee.

“Michael Cohen is the one person who has accused the president of committing a crime,” Elijah Cummings, Democratic chairman of the House Oversight Committee, told NPR.

In deference to the Mueller probe, Cummings’s panel will not ask Cohen about Russia-related matters.

According to Cummings, the committee will be probing Trump’s finances — including suspect loans from Deutsche Bank — hush payments Trump allegedly told Cohen to arrange for two alleged former lovers, his business conflicts of interests while in politics and the practices of the Trump Organization, the billionaire president’s real estate and entertainment company.

Should Cohen be candid, the testimony could be explosive.

His dozen years as a trusted Trump lieutenant gave him access to highly sensitive details of the former real estate magnate’s business and personal affairs.

Cohen’s lawyer Lanny Davis told ABC News that his client would detail “personal, front-line experiences” of incidents and conduct by Trump that even hardened listeners would find “chilling.”

But Trump and Republicans are expected to dismiss the testimony on the grounds that Cohen has already been convicted for lying in testimony on Congress, which he later admitted he did to protect the president.

The 52-year-old, who once said he would “take a bullet” for Trump, pleaded guilty last year to bank fraud, tax evasion and campaign finance violations, as well as the lying charges, and in December was sentenced to three years in prison.

His incarceration has been postponed so he can continue to support the Mueller probe and provide testimony in Congress.

But his appearances before legislators were delayed for weeks after Davis said Cohen and his family had been threatened by Trump.

“This is a time where Mr Cohen had to put his family and their safety first,” Davis said on January 23.

Meeting out of the public eye, the two other panels will be free to question Cohen about anything, including Russia-related matters being probed by Mueller.

“We think he has a lot to offer,” Adam Schiff, chairman of the House Intelligence Committee, told ABC’s “This Week” on Sunday.

Schiff said they expect to learn more about possible efforts to obstruct their investigation, and negotiations to build a Trump-branded skyscraper in Moscow even while he was running for president.

“What we have learned to date about Moscow Trump Tower is chilling and that is, as Donald Trump was campaigning for president, even when he became the presumptive nominee of the Republican Party and he was telling the country he had no business dealings with Russia, he was privately through his organization seeking the Kremlin’s help to what may have been the most lucrative deal of his life,” Schiff said.

Schiff also hopes to learn about who, if anyone, directed or supported Cohen in lying to the committee in an earlier hearing.

“Who would have been aware of the false testimony that he was giving? What other light can he shed now that he’s cooperating on issues of obstruction of justice or collusion?” the lawmaker asked. (AGENCIES)
&&&