Harsha Kakar
The Government’s Kashmir strategy is moving steadily from defensive to offensive. Earlier all actions were defensive in nature, with restrictions on engaging Pak posts, violating the ceasefire and use of heavy weapons. The changed strategy is taking the battle across the LoC by destroying Pak posts and terrorist camps as also openly violating the ceasefire, if the situation warrants. Induction of additional four thousand troops for closing infiltration routes and anti-militancy operations, free hand to the army to engage across the LoC if considered essential, firing involving heavier weapons, opening the reigns of the NIA to crack down on Hawala funding and enhancing powers and support to police forces are some measures adopted by the Government. Most importantly has been the support which it has provided to the army against any form of internal criticism.
Thus, the Government and the army, alongside intelligence agencies are now challenging Pak, its agencies and stooges without any respite. This sudden offensive action, has worried those who believe in towing a softer line. The difference between the two approaches, as adopted by earlier Governments and the present is how they view Pakistan and the Hurriyat. Earlier Governments always considered them as a part of the solution, hence were seeking opportunities for opening dialogue with them, despite their staunch unchanging approach. The present Government considers them as a part of the problem. Pak polity desired talks, but their army prevents any breakthrough, while the Hurriyat sticks to its spots and one-sided approach. Thus, the Government has ruled out talks and presently seeks to isolate Pakistan internationally and the Hurriyat internally. It is for this reason and rightly so, that it has refused to contemplate talks, even willing to anger its coalition partner in the state, the PDP.
The present strategy has three simple elements. The army would handle the LoC and the militancy, the police would control stone throwers and agitators, while the NIA would block the funding, thus restricting the money being paid for instigating violence. However, there would be other elements which are yet to emerge. The government would have a package ready seeking to provide better employment and educational facilities to the youth of the region, as soon as normalcy or a situation of near normalcy returns. It would seek to commence dialogue as early as possible.
There are shortcomings in any strategy, so also with the current approach. The first is to evolve a mechanism to move militants already in urban areas away from their support base, thus enabling their elimination without interference by local supporters. This is easier said than done, as local militants are safely ensconced in their home territories and rarely venture out. Few local militants seek to engage security forces from close quarters, seeking the easier way of firing from a distance and vanishing. It is well known that most have joined the movement solely for propaganda purposes, thus need to be either enticed or forced out by relentless cordon and search operations. Faster elimination of local militants would deter others from seeking a similar lifestyle.
The second is to handle social media, which is the platform employed to draw in more supporters, call the youth to interfere in anti-militant operations and join the movement. Poster boy militants, including the new group headed by Zakir Musa, seeking a caliphate, employ this network for propaganda purposes. The simple solution of blocking social media networks may be justified for short durations, but its prolonged actions could be detrimental.
The third is to block sites and channels from Pakistan and other gulf states, espousing Jihad and Wahhabism. The Government has passed directions banning them, however its effectiveness is always in doubt. The fourth is lack of perception management. Unless mindsets are changed, claims made by poster boy militants countered, their role as fake militants mocked, own actions benefiting the population and Government’s response to improving facilities and services projected in a positive manner, actions to bring normalcy would remain ineffective. The public would continue to treat the nation and the army as occupiers.
Finally, is to ensure that the coalition in the state continues. This would provide legal sanctity for Government actions. It would deter enemies from stating that the Government in conjunction with the army seeks to suppress internal movements, by imposing central rule. It is the also the State Government which should open its doors and seek dialogue with various groups, including intellectuals, students and traders, broadcasting its actions, thus indicating a cohesive approach on all fronts.
The crux to implementing the present approach is the speed with which the army can create conditions of near normalcy. The fact that the army chief made very vocal comments, at times hard hitting, even inviting the ire of soft pedlars among the polity, indicates its determination to succeed with support flowing from the very top. Evidence on the impact of the army’s strong offensive policy was clear when the Pak army refused to divulge details of its casualties in LoC encounters even to its Parliament, claiming it is tantamount to compromising national security.
Time for achieving initial success is paramount as the Amarnath Yatra is scheduled to commence shortly and must be conducted without any untoward incidents. For Pak and its proxies in the valley, this event would be the next milestone in their calendar, which they would aim to target. It is now a battle of speed and determination and we as a nation cannot afford to lose. The Amarnath Yatra must succeed without any incident.
Thus, it is time, that we adopt a more positive approach to the army’s actions rather than seek cheap means of publicity by criticism or condemnation. For the Prakash Karat’s and Partha Chatterjee’s of the country, it is time to open your minds to reality and mentally move into areas where the army is seeking to restore order and not remain confined to your air conditioned and secure environment.
(The author is a retired Major  General of the                      Indian Army)
feedbackexcelsior@gmail.com 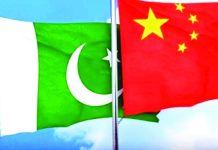 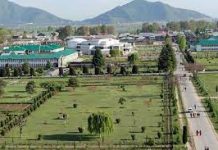 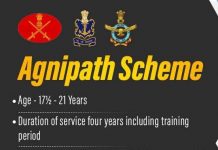 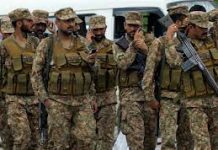 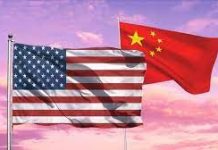