MYSURU, Oct 19:
Prime Minister Narendra Modi today said necessary changes are being made in every sector to ensure growth and to make this decade India’s.
He also said that efforts are being made at all levels to make the country a global hub for higher education and its youth competitive.
“In the last 6-7 months you might have seen the speed and the ambit of reforms is increasing.Whether it is agriculture, space, defence, aviation or labour. In every sector necessary changes are being made for growth,” Modi said.
Addressing the centenary convocation of the University of Mysore through video conference, he said it is being being done for the sake of crores of youth in this country and to make this decade India’s.
“This decade can be India’s only when we make our foundations strong.This decade has brought an immense opportunity for young India,” he added.
Modi said the all-round reforms that are taking place in the country now, have never happened in the past, and even if decisions were made in the past they were restricted to any one sector, leaving aside others.
Noting that multiple reforms in multiple sectors have taken place in the last six years, he said if national education policy is ensuring the future of education sector, agriculture related reforms are empowering farmers, while that of labour, giving thrust to growth, security of both labourers and industries.
“While the direct benefit transfer has brought in reforms to public distribution system, with Real Estate Regulatory Authority (RERA) home buyers have got protection.
If GST was brought in to save the country from the web of taxes, faceless assessment was brought in for the sake of tax payers,” he said, also noting the benefits of the Insolvency and Bankruptcy Code and FDI reforms.
Karnataka Governor and Chancellor of Universities in the State, Vajubhai Vala and Deputy Chief Minister C N Ashwath Narayan were among others present on the occasion.
The Prime Minister pointed out that consistent efforts have been made in the last 5-6 years, so that the country’s education system helps students move ahead amid the needs of the 21st century, especially in the higher education sector where focus has been on infrastructure development to structural reforms.
“Efforts are being made at all levels from qualitative to quantitative, to make India a global hub for higher education and to make our youth competitive,” he said, citing the increase in the number of IITs, IIITs, IIMs and AIIMS in the last six years.
Efforts being put into the higher education sector are not just limited to opening new institutions, but also towards reforms in governance and ensuring gender and social participation, by giving them more autonomy, he further said, adding that reforms in medical education are aimed at bringing in transparency.
Lauding the University of Mysore and its rich legacy, Modi remembered the erstwhile Maharaja of Mysuru Nalwadi Krishnaraja Wadiyar and Diwan Sir M Visvesvaraya for their vision behind it.
Recalling that Wadiyar during the first convocation of the University had spoken about seeing more women graduates, he said, today the gross enrollment ratio of girls is more than boys in all levels of education, even in the areas of innovation and technology, relating to higher education.
Noting that the new national education policy will give impetus towards the reforms that have taken place in the education sector, the Prime Minister said focus is on a multi-dimensional approach to make the youth more competitive, so that they are flexible and adaptable towards the fast changing nature of jobs.
“Skilling, reskilling and up skilling is the most important requirement today and the education policy focuses on it,” he said.
While greeting the people of Karnataka on the occasion of “Nada Habba” (state festival) Dasara, Modi said this time due to COVID-19 there may be several restrictions but the festive spirits are as in the past.
However, the recent rains and floods in several parts of the State have tried to dampen the festive spirit, he said.
“My sympathies towards all the families that have been affected.The Central government and the Karnataka government together are doing every bit to provide relief,” the Prime Minister said. (PTI) 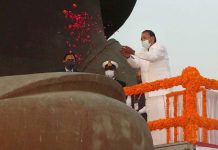 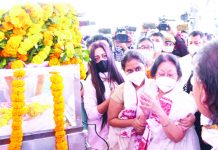 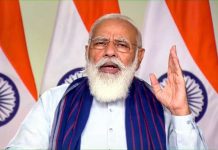 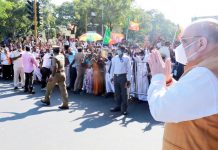 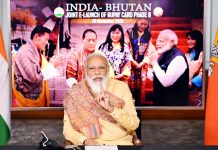 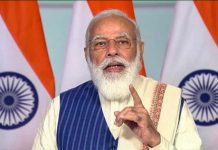 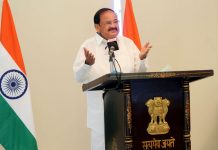 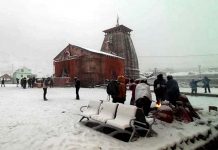 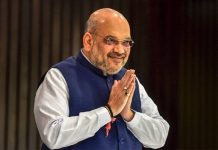 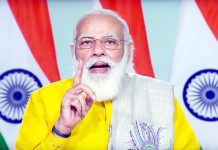 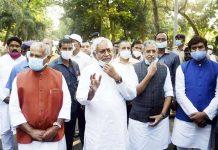