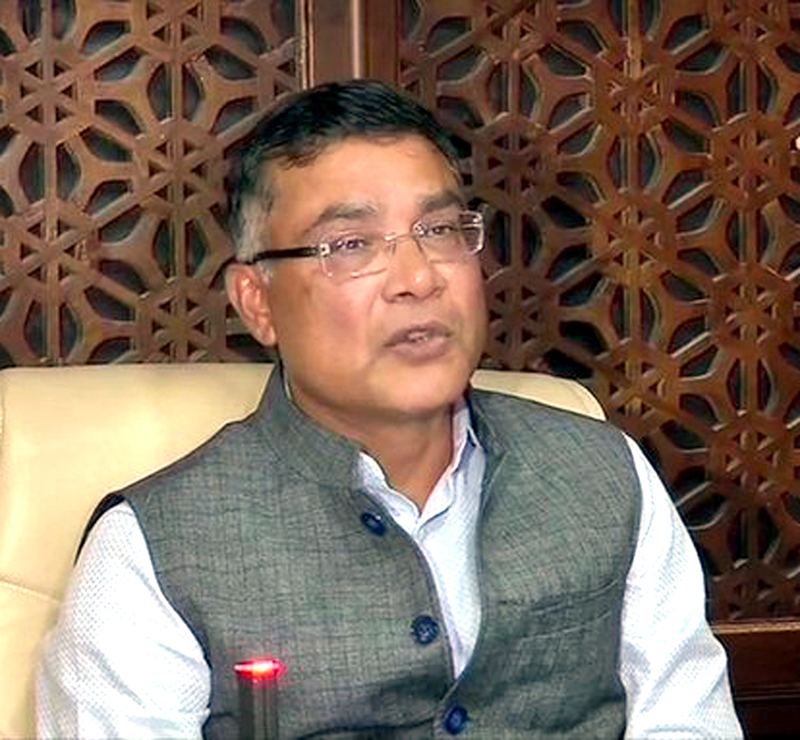 Sanjeev Pargal/
Fayaz Bukhari
JAMMU/SRINAGAR, Sept 29: The Election Authority for Panchayati Raj, Chief Electoral Officer (CEO), J&K, Shailendra Kumar today announced single phase election to 310 Block Development Councils (BDCs) which will be held on party basis on October 24 using ballot boxes and not the Electronic Voting Machines (EVMs).
Counting of votes will be held on the day of polling and results declared by late evening.
Kumar announced detailed schedule of the elections today after which the Model Code of Conduct came into force.
“Out of 316 BDCs, election will be held on 310. Of them, 172 have been reserved including 78 for Women, 48 for STs, 21 for ST Women, 18 for SCs and seven for SC Women. There will be no elections on six BDCs as four Councils reserved for women have no elected women Sarpanch and Panch while two Councils have no elected Sarpanchs or Panchs,” the CEO said.

Notification for the elections will be issued on October 1 while the candidates can file their nomination papers till October 9. Scrutiny of nominations will be held on October 10 and the candidates can withdraw their nomination papers till October 11. Voting wherever necessary will be held on October 24 from 9 am to 1 pm while counting of votes will be taken up from 3 pm onwards the same day.
Entire process of the elections will be completed till November 5.
Surprisingly, ballot boxes, an obsolete method of voting, will be used for elections of the Chairpersons of the Block Development Councils and not the Electronic Voting Machines.
Kumar said sufficient number of ballot boxes have been made available to the District Panchayat Election Officers for smooth conduct of the polls.
The Election Authority has fixed the limit of Rs 2 lakh expenditure in the elections by the candidates. The Authority will monitor expenditure by the candidates as the General Observers will function as the Expenditure Observers.
Only Sarpanchs and Panchs can contest the election for Chairpersons of the Block Development Councils. The Electoral College also comprised Sarpanchs and Panchs.
The Electoral College announced by the Election Authority listed 26629 voters including 18316 male and 8313 females.
“There will be one polling station for one Block Development Council. Accordingly, 310 polling stations have been setup in the State as elections will be held for an equal number of Councils,” Shailendra Kumar said.
He said the Election Authority has decided that there will be compulsory identification of voters in the elections. The voters will be identified through EPICs, passport, driving license, bank/post office passbooks with photographs, PAN card, Aadhaar card, pension document such as ex-servicemen’s pension payment order, ex-servicemen’s widow/dependent certificates, old age pension order and widow pension order with photographs.
“With the announcement of the schedule for conduct of elections of the Chairpersons of the Block Development Councils, provision of the Model Code of Conduct will come into force with immediate effect. All provisions of the Model Code will apply to all the Panchayat Halqas (rural areas) and will be applicable to all the candidates, political parties and the State/Central Government,” Kumar said.
He added that all critical events will be videographed. The District Panchayat Election Officers (Deputy Commissioners) will arrange sufficient numbers of video and digital camera teams for the purpose. The events for videography will include filing of nomination, scrutiny thereof and allotment of symbols, storage and distribution of ballot boxes, important public meetings, processions etc during campaign, process of dispatching of postal ballot papers, polling process and counting of votes.
Announcing that the BDC elections will be held on party lines, Kumar said, one block has been taken as one constituency and all elected Panchs and Sarpanchs of the Halqa Panchayat falling with the block constitute the Electoral College for that block.
He said Photo Electoral Rolls have been prepared by following due process of appointing Electoral Registration Officers and Assistant Electoral Registration Officers for all Blocks.
Out of a total of 26,629 Electorates for the Block Development Council elections, there will be 2703 voters in Jammu district, 2687 in Rajouri, 2069 in Poonch, 893 in Samba, 2186 in Kathua, 2072 in Udhampur, 1339 in Reasi, 1150 in Ramban, 1900 in Doda, 1016 in Kishtwar, all in Jammu region, 841 in Kargil and 744 in Leh, both districts in Ladakh region, 2783 in Kupwara, 1450 in Baramulla, 584 in Bandipora, 374 in Ganderbal, 43 in Srinagar, 650 in Budgam, 132 in Pulwama, 82 in Shopian, 168 in Kulgam and 763 in Anantnag, all in Kashmir.
This will be for the first time in past several years of the State that the Block Development Councils are being held, which will form second-tier of the Panchayati Raj System.
After the BDC polls, the Government has already announced that it proposed to form third tier of the Panchayats by holding elections to the District Planning and Development Boards.
In November 2012, then National Conference-Congress Government headed by Omar Abdullah had announced elections to 143 BDCs, which existed then. Panchayat elections by then Government were held in May-June 2011.
However, senior Congress leader Ghulam Nabi Azad had objected to conduct of the BDC elections without reservations after which then State Government had postponed the elections, which were never held as the Panchayats completed their term in 2016.
The PDP-BJP Government in 2016 headed by Mehbooba Mufti had refused to hold the Panchayat polls, which were finally held under the Governor’s Rule in October-December 2018 along with Urban Local Bodies polls.
All Jammu and Kashmir Panchayat Conference president Anil Sharma described conduct of the BDC elections as betrayal with Panchayat members as well as the people saying they should have been held after implementation of 73rd amendment in Jammu and Kashmir and Ladakh when they will become the Union Territories on October 31.
Sharma said as per the 73rd amendment, anyone can contest the election for the post of the BDC chairpersons while all voters formed the Electoral College. Under the present system, only Sarpanch and Panchs are the voters and only they can contest the polls, Sharma said.