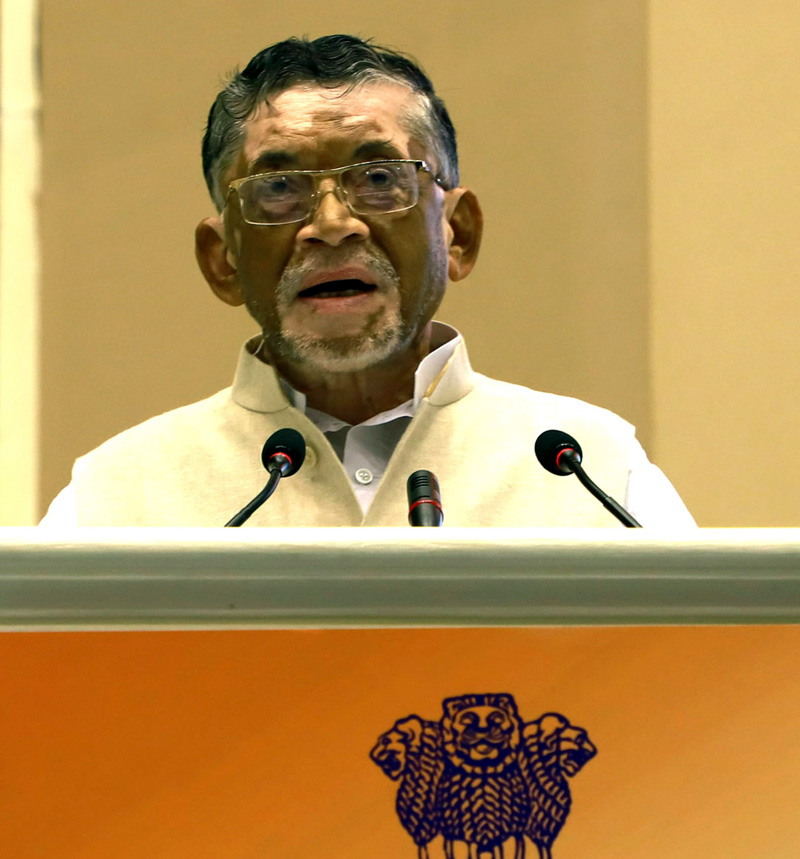 NEW DELHI, Sept 17: Labour Minister Santosh Gangwar today said new infrastructure will be set through bodies under the Labour Ministry in the two Union Territories of Jammu & Kashmir and Ladakh.
“The Employees State Insurance Corporation (ESIC) would open a 30-bed hospital in Leh and 100-bed hospital in Srinagar.
Besides, the EPFO would open its offices in Srinagar and Jammu, and if needed in Leh also.”
After the abrogation of special status for Jammu and Kashmir, as many as 106 Central laws would be implemented in the two Union Territories from October 31, 2019. Therefore, the Central Government needs to create infrastructure to enable implementation of those laws in the new union territories.
Gangwar said over 6 crore EPFO accounts will be credited with interest amount at 8.65 per cent rate for 2018-19 ahead of the festival season.
The Central Board of Trustees — the apex decision-making body of the Employees’ Provident Fund Organisation (EPFO) — had approved 8.65 per cent interest rate for the last fiscal on February 21, this year.
The proposal was sent for the concurrence of the Finance Ministry. Once approved by the Finance Ministry, the EPFO would credit the interest amount at 8.65 per cent rate in subscriber accounts and settle claims on this rate.
At present, the EPFO is settling PF withdrawal claims at 8.55 per cent interest rate, which was approved for 2017-18.
“…Ahead of the festival season, over 6 crore EPFO subscribers would get 8.65 per cent interest for 2018-19,” Gangwar told reporters on the sidelines of the National Safety Awards function here.
On the delay in notifying EPF interest rate, the Minister said, “Finance Minister (Nirmala Sitharaman) is busy these days. She has the file (proposal for EPF interest rate for 2018-19). She does not disagree on this. The 8.65 per cent rate of interest approved by us would be provided to EPFO subscribers for 2018-19. It should be done in few days.”
On the issue of unemployment, he said, “The number of workers increased by 2 crore in all those establishments where 20 or more workers work in last three years. Their number increased from six crore to eight crore now. We are also working for over 40 crore unorganised sector workers in the country.”
About having a true picture of employment scenario in the country, he said, “We are also working on employment generation data from all those businesses where only one to two people work. They have got loans from the Government. It would take one more year to firm up unemployment data.” (PTI)