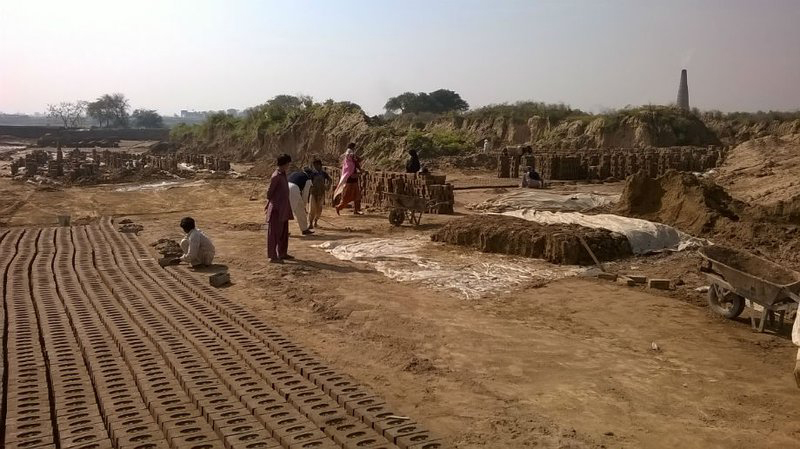 SRINAGAR, Sept 17: As the non-local labourers fled Kashmir after Government advisory last month, the brick kiln owners in the Valley are expecting a slump in business this year.
Every year the owners bring thousands of workers from different States of the country to work in their kilns. Continuing the trend, the workers landed in the Valley last month but they were forced to leave the Valley without unpacking their bags on 2nd August.
They were asked to leave the Valley ahead of August-5 when the Parliament unilaterally withdrew the special status to the State and reorganized it into two Union Territories.
Waseem Ahmad, a kiln owner, said that their business has slumped over 60 percent this year due to the deficiency of workforce. “Around 150 persons used to work in my kiln every year who would prepare around 40 lakh bricks. This year I have only 50 laborers. This will directly affect overall production,” he said, adding that the drop in the business would affect overall economy of the State.
Budgam is considered as the hub of brick kilns and there are around 300 in the district. The rough estimates suggested that the sector would lose Rs 300 crores this year in the district alone. The kilns in other parts of the Valley are equally affected.
Another owner wishing anonymity described it as the worst phase in the recent times and feared that drop in profits would affect their future business as well. “This year’s profit would determine next year’s investment. Less profit means less investment. It takes a few years to recover the actual money,” he said, adding the present crisis would dent the industry in a big way.
The kiln owners said that process of the brick making has to be completed within a specific time in the Valley owing to erratic weather. “The loss cannot be reversed now. We have lost the season. The Government advisory has ruined us,” he said.
The kiln owners said that the local workforce cannot meet the deficiency as brick making needs special skills. “From raw bricks to igniting the kiln, everything is done manually by the specialists. So far, the labourers from the outside have been doing the job and I do not think we can tackle the problem with local workforce. ,”Manzoor Ahmad, another brick kiln owner said.