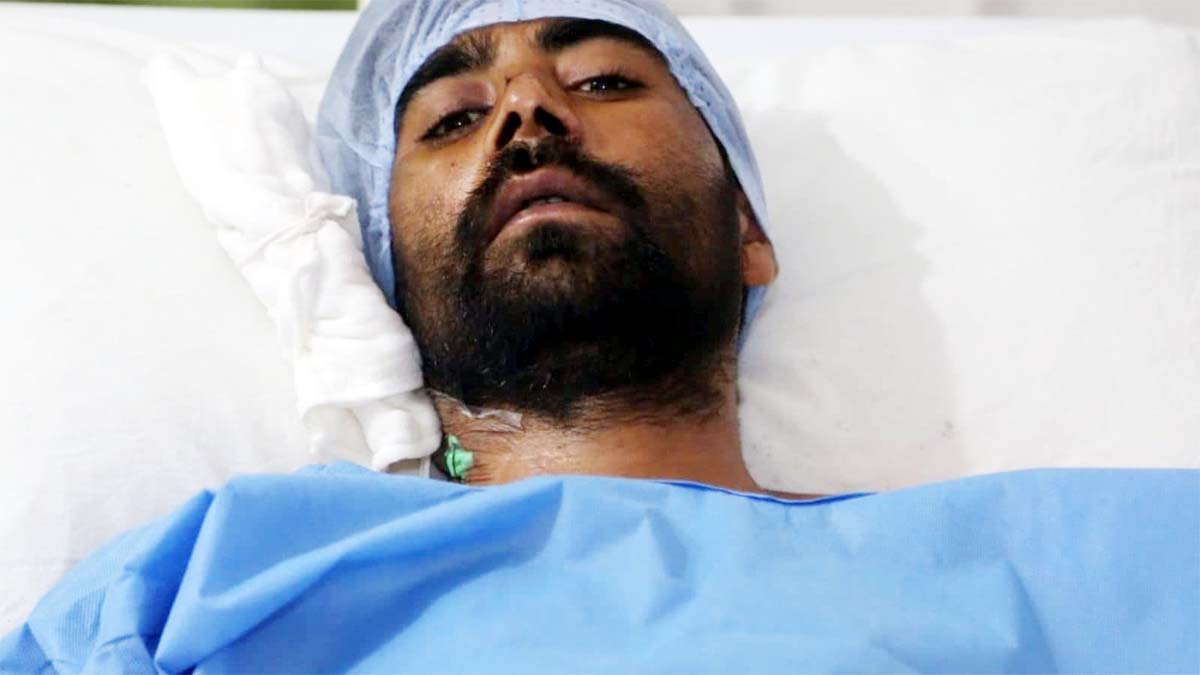 Excelsior Correspondent
JAMMU, Sept 3: A Pakistani militant, who was arrested during an infiltration attempt about a fortnight ago, died of cardiac arrest at a military hospital where he underwent a surgery in Rajouri district, this evening.
Tabarak Hussain (32), a resident of Sabzkot village of Kotli in Pakistan-occupied Jammu Kashmir (PoJK), was arrested on August 21 for the second time in the past six years while trying to intrude into this side from across the border.
Hussain, a trained Lashkar-e-Toiba (LeT) guide and Pakistani Army agent, was shot at and critically injured by the Indian troops who later shifted him to military hospital where he underwent a surgery during which the soldiers donated three units of blood to save his life.
“He died of cardiac arrest late this evening,” an Army officer said, adding the body would be handed over to police for legal formalities tomorrow.
On August 24, Army’s 80 Infantry Brigade Commander, Brigadier Kapil Rana said Hussain confessed about his plan to attack the Indian Army post along with two others who, however, fled back after they were intercepted on the Line of Control (LoC) in Nowshera sector.
“Hussain revealed that he was sent by a Colonel of Pakistan intelligence Agency named Col Yunus Chaudhry who had paid him Rs 30,000 (Pakistani currency). Hussain also revealed that he along with other militants had carried two to three close recces of Indian forward posts with an aim to target them at an opportune time. The go ahead to target the Indian post was given by Col Chaudhry on August 21,” the Brigadier had said.
Incidentally, he said the individual was earlier captured by the Army from the same sector in 2016 along with his brother Haroon Ali, and was repatriated on humanitarian grounds in November, 2017.