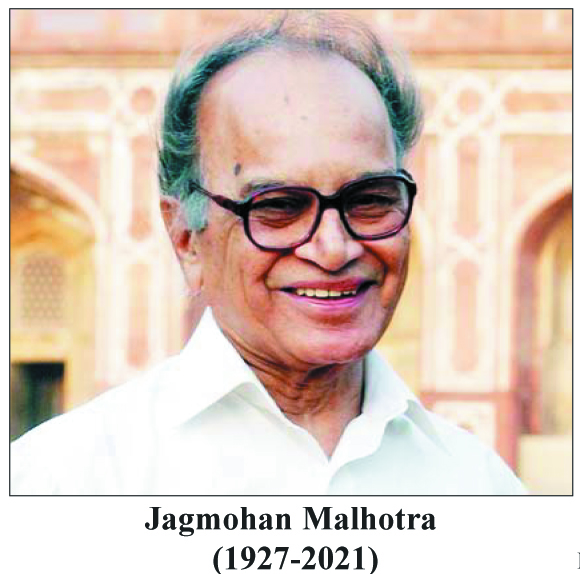 Dr. Etee Bahadur
Jagmohan Malhotra known by the mononym Jagmohan was a former bureaucrat and exUnion Minister. Jagmohan Malhotra (henceforth Jagmohan) served twice as the Lieutenant Governor of Delhi (1980- 81 and 1982-84). Jagmohan was also the Lieutenant Governor of Goa 1981-82 and then the Governor of Jammu and Kashmir for two terms (1984-1989 and from January to May 1990) A bureaucrat himself he hoped that the structure of the Civil Service in India which was once reputed to be among the best in the world be more ‘open, dynamic and performance-oriented’. Bureaucrats, he stated, ‘extend subtle help to the political executive to enable them to attain their political and personal ends, while the former are rewarded for help, albeit imperceptibly, with lucrative posts even after retirement. This game of extending mutual benefits is at the root of various affiliations that have weakened and distorted the present system of governance in India by covering up cases of corruption’ (https://www.jstor.org/stable/23006284) Putting governance in a new mould was his idea fixing the ‘Broken window syndrome’ in governance literature: ‘If a window is broken and left unrepaired, people walking by will conclude that no one is in charge. One unrepaired window is an invitation to break more windows and lawlessness spreads outward from buildings to streets and then to entire communities.’ Governance to him, meant harnessing all capabilities in its entirety, to solve the problems which faced the nation. Governance did not only mean harnessing administrative or managerial capabilities to him. He believed that an honest administration could only be created by an honest mind. Jagmohan is often seen making citations to the message of Swami Vivekananda and this becomes clearer in the Third Governance lecture Reforming Indian Governance delivered at the India International Centre on 12 May 2008, (https://www.jstor.org/stable/23006284) wherein he tapped on the imaginations of Vivekananda and the thinkers of his genre of mid nineteenth century America. On 15 August 1947, he wrote, ‘India undoubtedly had a tryst with destiny, but by neglecting the cultural stream which Vivekananda had cut to regenerate the parched and cracking soil of pre-renaissance India, and whose significance for clean politics had been underlined by Mahatma Gandhi, she failed to give a beautiful and benign shape to this destiny. If India had continued with the renaissance impulse, she would have realised that the pivotal issue that confronted the nation was civilizational and cultural’. (What India and America have missed by not heeding to Vivekananda’s message India International Centre Quarterly, Vol 40. No 1 Summer 2013, pp.25-28) To him a revolution meant a ‘tornado which would sweep away everything before it- old values, attitudes, institutions and edifices’, for a revolution would destroy more than it ever constructed. Jagmohan authored several books. His book My Frozen Turbulence in Kashmir (1991) runs into several editions. He has in the book lamented on the tragic event of 1990 in the book. It seems the traumatized community had no option but to leave their ancestral homes en masse and go into exile to unknown places, people and environs. National media considered it a sin to trace and publicize their sordid saga. The Press Note issued on March 7th by the State Government said, that, ‘Jag Mohan, Governor, J&K, has appealed to the members of the Pandit community not to leave the valley even temporarily…’ Jagmohan also appealed to the members of the community who had migrated to Jammu temporarily to return to the valley. He even offered camps to set up temporary camps at Srinagar, Anantang, Baramulla, Kupwara for those who were to return from Jammu. (Jagmohan, My Frozen Turbulence in Kashmir, Chapter XIII Frightened Pigeons and Forsaken Community -Kashmiri Pandits. pp 438- 476). On issues of maximum autonomy or self-governance Jagmohan was always seen asking and demanding clear answers on pertinent questions. The fundamental issue he wrote in his opinion, ‘was to make a distinction between an autonomy that leads to efficiency in administration, speed in development and fuller realization of a creative potential of a community, and an autonomy that leads to separation, subversion and secession and provides a fillip to the forces of parochialism and chauvinism’ (https://www.jstor.otg/stable/41804083) (The author is presently an Assistant Professor of Development Studies, Jamia Millia Islamia, New Delhi.) feedbackexcelsior@gmail.com 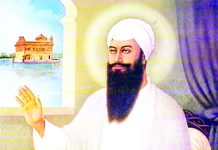 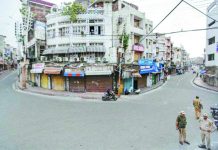