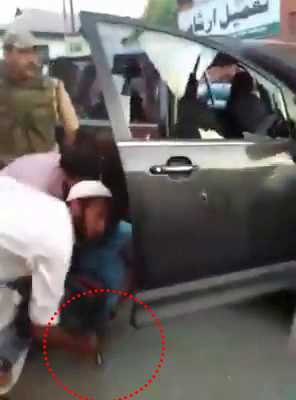 SRINAGAR:  The Jammu and Kashmir Police today arrested a suspect in connection with the killing of veteran journalist Shujaat Bukhari and two of his PSOs, Kashmir’s top police officer announced today.

He said Qadri was seen in the video stealing the pistol of the PSO who was shot dead along with Bukhari.

“The pistol has since been recovered and he is being questioned about his presence at the scene of the crime. So far, he has not been able to give any convincing answers,” he said.

Pani added that the state police had formed a Special Investigation Team (SIT) under Deputy Inspector General (central Kashmir) V K Virdi to probe the killing of the editor of Rising Kashmir yesterday.

Pani also described the killing of the journalist as a “terror attack”.

The identity of the other three attackers was being ascertained, the police official said.

Bukhari, 50, was gunned down yesterday evening soon after he got into his car from his office at Press Enclave in the city centre, Lal Chowk.