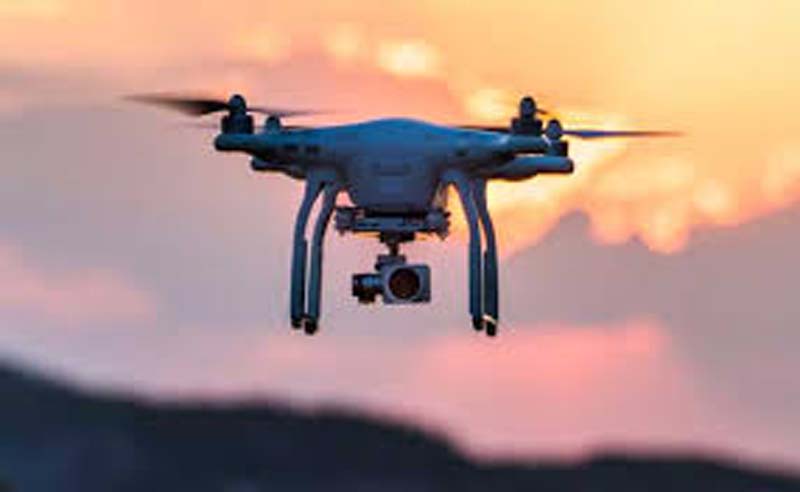 NEW DELHI, Oct 14: The Border Security Force (BSF) has sought a modern “anti-drone system” that could detect and destroy a lone or swarm of suspicious aerial platforms in the operations area, in the wake of recent spurt of UAVs being spotted across the India-Pakistan international border.
The border guarding force, as per an official document accessed by PTI, has sought a full drone detection system that will have radars, radio frequency receivers, jammers and system controllers to neutralise all Unmanned Aerial Vehicles (UAVs).
“The BSF has been asked to obtain the required technology to detect and effectively engage rogue drones, by the Union Home Ministry. The force has also been asked to train troops who will handle these systems at the Indo-Pak IB that runs along Jammu, Punjab, Rajasthan and Gujarat,” a senior official said.
As per specifications, the force has sought a ground-based anti-drone system in stand-alone platform that can be fixed on ground or on a vehicle.
The facility will run on rechargeable batteries, the BSF has stated as it has to be deployed in harsh border areas that includes dense forests, desert, rivers and others.
The system, the BSF specification said, should be capable to detect a lone suspicious flying object or group of UAVs (swarm attack) from a distance and should be capable to detect a target within 10 seconds.
It (system) should be capable to do a real-time scan, detection, track and neutralisation of flying objects like multi-copters, fixed wing UAVs and radio-controlled UAVs in 360-degree environment, the draft specifications said.
The force also desires that the prospective technology should have the “capability” to track multiple UAVs in a specified range and it should be capable to neutralise the flying objects by jamming its radio and GPS (global positioning system) links simultaneously and also trigger signals to force land the drone.
PTI had reported last month that India has an estimated over 6 lakh rogue or unregulated Unmanned Aerial Vehicles (UAVs) and security agencies are analysing modern anti-drone weapons like ‘sky fence’ and ‘drone gun’ to counter terror or similar sabotage bids by these aerial platforms.
A blueprint prepared by Central agencies states unregulated drones, UAVs and remotely-piloted aircraft system are a “potential threat” to vital installations, sensitive locations and specific events in the country and a “compatible solution” is required to counter them.
Recent incidents like the lethal drone attack on Saudi Arabia’s largest petroleum company and arms dropping by UAVs in Punjab from across the India-Pakistan border has alerted Indian security and intelligence agencies and they are now working to prepare effective counter against them. (PTI)