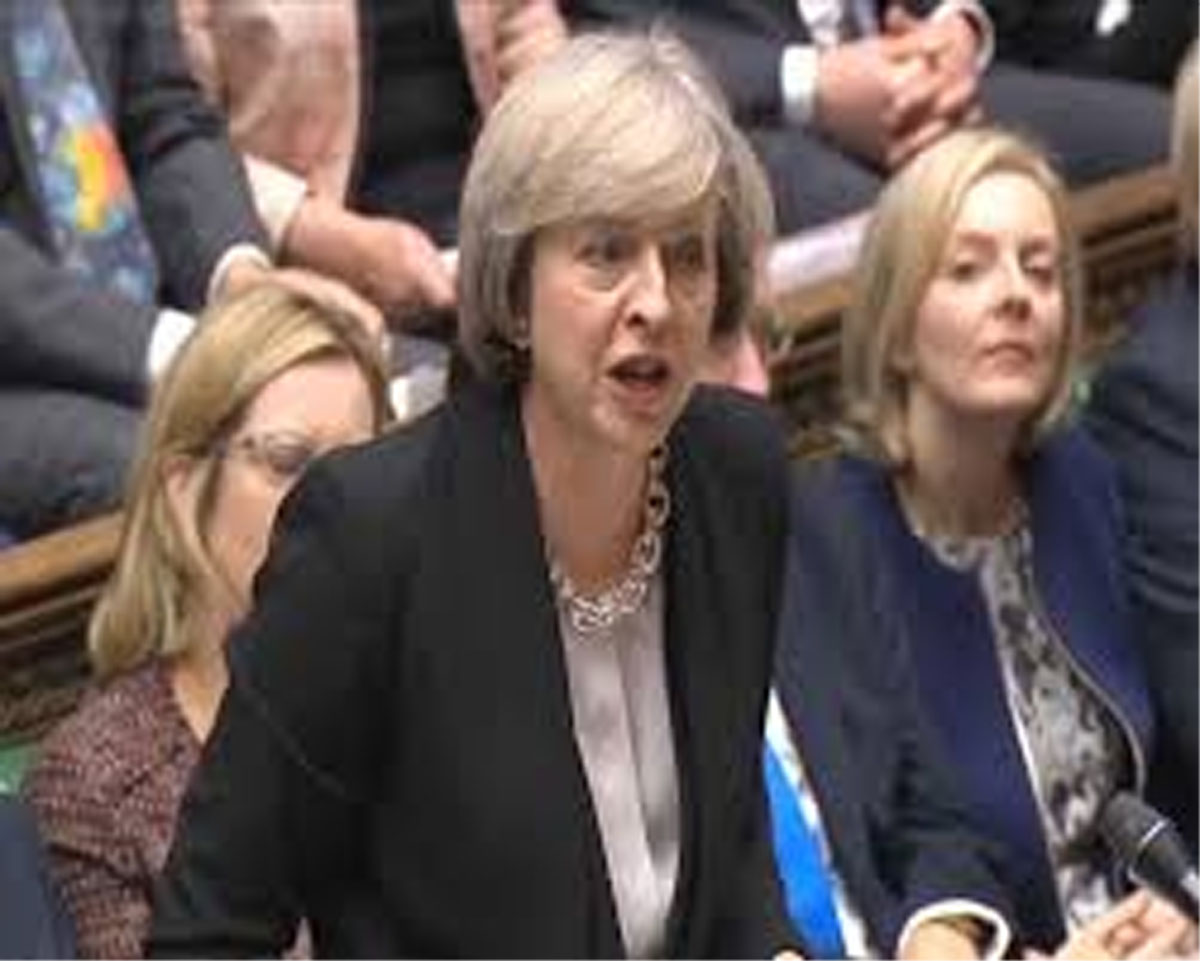 LONDON, May 15: Prime Minister Theresa May’s Government will publish draft legislation in the first week of June that would allow Brexit to proceed if approved by parliament, a Downing Street spokesman announced on Tuesday.

The statement came after talks between May and opposition Labour leader Jeremy Corbyn on a possible compromise that would end a deadlock on Brexit in parliament.

May met with Corbyn “to make clear our determination to bring the talks to a conclusion and deliver on the referendum result to leave the EU”.

“We will therefore be bringing forward the Withdrawal Agreement Bill in the week beginning June 3,” the spokesman said, referring to a draft law based on the divorce deal agreed with EU leaders.

May was seeking a “stable majority in parliament that will ensure the safe passage of the Withdrawal Agreement Bill and the UK’s swift exit from the EU”, the spokesman said.

For the past six weeks, ministers and their Labour counterparts have been discussing how parliament might accept the agreement May struck with the European Union (EU) last year.

Progress has been painfully slow, and there are growing calls in May’s Conservative party to abandon the process.

But her ministers discussed at a cabinet meeting on Tuesday “the compromises which the government was prepared to consider” and agreed to keep talking, May’s spokesman said.

They also said it was “imperative” that any exit plan be approved by parliament before MPs go on their summer holiday, which normally begins at the end of July.

“What she (May) is working to do is to get a deal passed as soon as possible,” the spokesman said.

She turned to Labour last month in the hope of finding a way through, but the party is insisting on a close trading relationship with the EU that many Conservative MPs reject.

A Labour party spokesperson said Corbyn had raised “concerns about the prime minister’s ability to deliver on any compromise agreement”.

“He raised doubts over the credibility of government commitments,” the spokesperson said, following statements by Conservative MPs seeking to replace May.

After twice delaying Brexit, Britain is reluctantly taking part in European Parliament elections on May 23, almost three years after the referendum vote to leave the bloc.

The government had hoped to get the London parliament’s agreement for the divorce deal in the coming weeks so British MEPs would never have to take their seats.

But the goal outlined on Tuesday, of getting the bill to ratify the treaty passed by the end of July, suggests they will have to.

“The factual position is if MEPs are elected and (the British) parliament has not approved a withdrawal agreement bill which has achieved royal assent by June 30, they will take their seats,” May’s spokesman said. (AGENCIES)
^^^