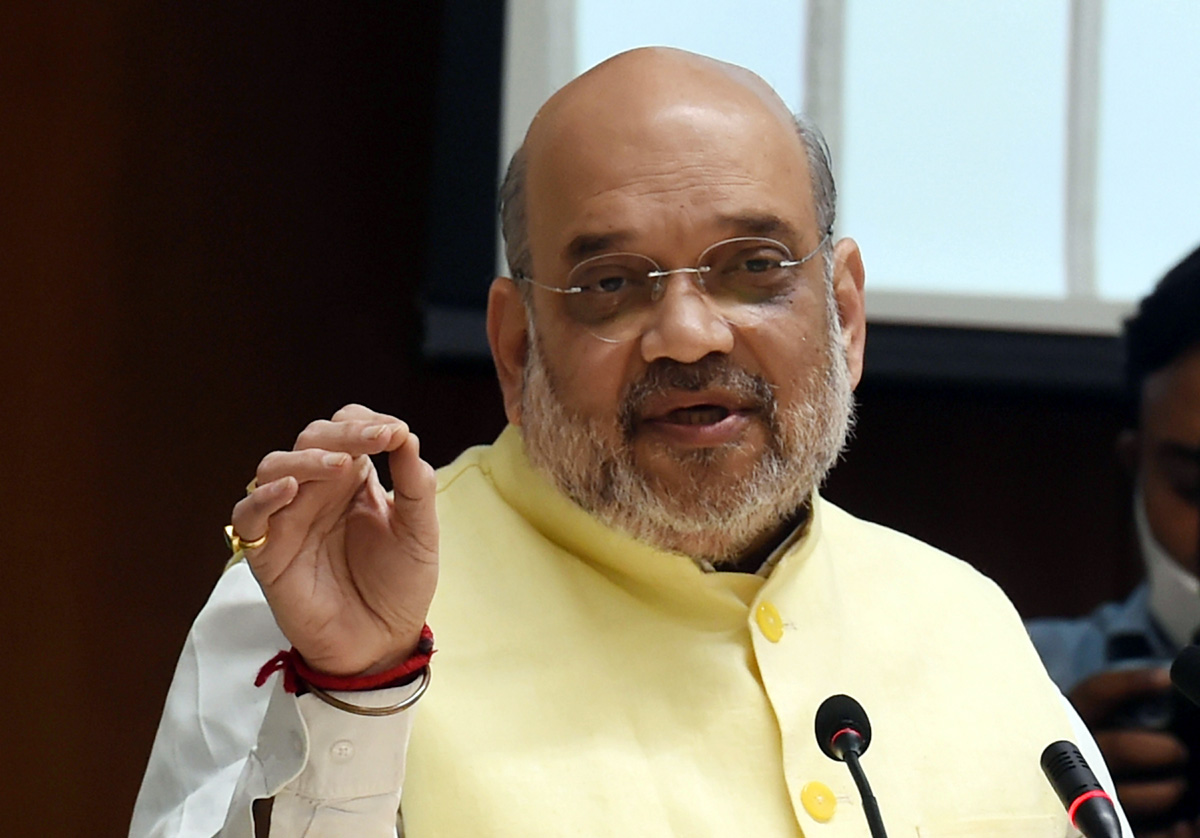 NEW DELHI, Mar 12: Union Home Minister Amit Shah on Thursday accused the previous Congress-led government at the Centre of not paying attention to border infrastructure and trade through land routes with neighbouring countries.
“There was a time when there was no infrastructure, connectivity and trade with neighbouring countries through land routes in border areas. All these were halted. Might be the priorities were different,” Shah told the 10th Foundation Day Celebration of the Land Ports Authority of India (LPAI) here.
The Minister said through ‘PM GatiShakti ‘, the Government was committed to take the transport system across the country.
Emphasising the need to strengthen trade corridors, Shah asked LPAI to work in this direction, keeping in mind the security of the country.
“The LPAI not only plays a significant role in improving relation with our neighbouring countries but also plays a major role in uplifting the country’s economy. There is a need to strengthen the tradition of trade corridors. The LPAI should work in this direction, keeping in mind the security of the country,” he said.
“India’s boundary of 15,000 km with the neighbouring countries gives us challenges but at the same time it provides business opportunities. The LPAI must create enable environment to tap such opportunities. The LPAI should set a goal for the next 25 years through land routes.”
The Home Minister said to stop exodus from border areas, the Modi Government was ensuring 100 per cent implementation of welfare schemes.
“Our Government is working on building infrastructure, improving connectivity, increasing trade through land routes, and focusing on people-to-people dialogue in border areas.”
Through people-to-people connects, any security threat in border areas can be averted, Shah observed. (UNI)