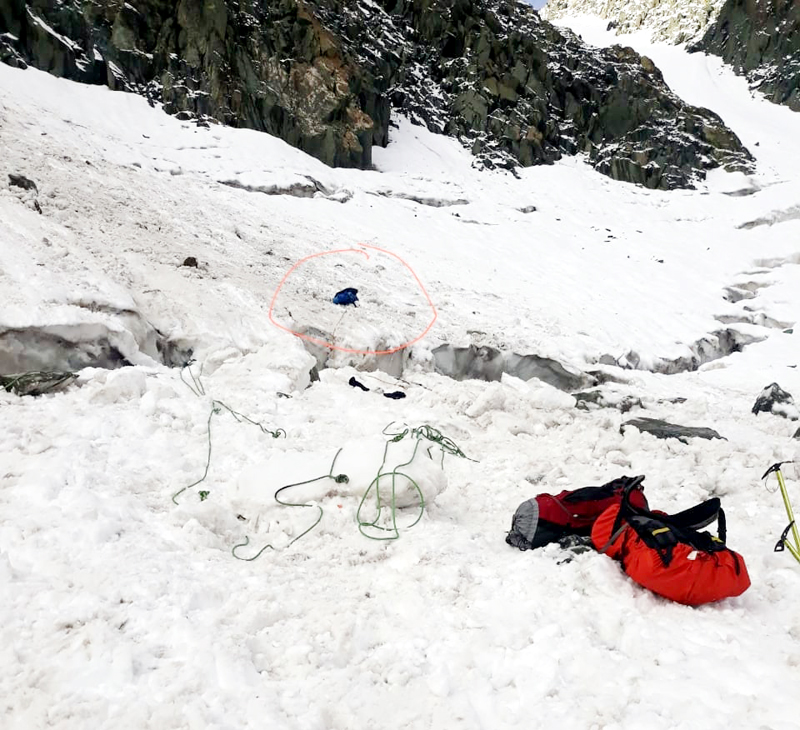 SRINAGAR: The bodies of two trekkers who died after falling into a crevice at the health resort of Pahalgam in Anantnag district were recovered on Sunday, officials said.

Two members of a group had fallen into the crevice while returning from a trek to the Kolahai glacier in Pahalgam following a rockfall on Friday, they said.

Naveed Jeelani, a junior-scale Kashmir Administrative Services officer, and Adil Shah, of Alpine group, were missing since then.

An operation to retrieve them was launched on Saturday but had to be halted due to bad weather, they said.

The operation resumed Sunday morning, following which the bodies were recovered and handed over to the families of the deceased, the officials said.

A third trekker, Hazik, who sustained injuries, was undergoing treatment at a hospital here. (AGENCIES)