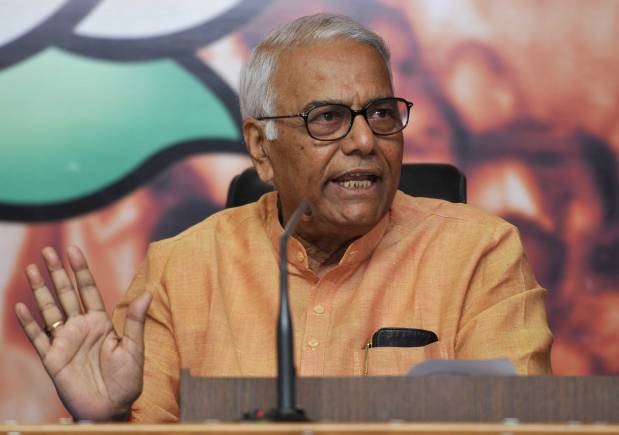 SRINAGAR: Most people in Kashmir think that the BJP’s decision to withdraw support from the Mehbooba Mufti-led coalition Government was “part of a grand strategy” of the national party with an eye on the 2019 general election, according to a report prepared by former Union Minister Yashwant Sinha-led delegation which visited the valley recently.

“Most Kashmiris believe that the manner in which the BJP masterminded the fall of the Mehbooba Mufti-led coalition Government had little to do with the situation in the valley… The local perception is that the withdrawal of support was a part of a grand strategy of the BJP with an eye on the 2019 general election,” the report by Sinha-led Concerned Citizens Group (CCG) read. (AGENCIES)