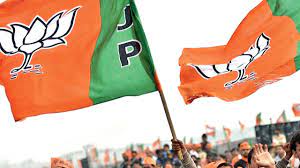 Brij Bhardwaj
India as a democracy can be proud of the fact that all changes of Government or major policies have come about peacefully and through democratic process and not through violence or coups by armed forces. This is a major distinction as many in the West doubt our democratic credentials. This has happened every time as party in power has shown respect for public opinion and not arrogance of power or tried to force its will because it had a majority in Parliament.
Prime Minister Narendra Mod’s decision to repeal farm reforms falls in this category. It is not the first time it has been done and I am sure it will also not be the last. First time I witnessed it in days of first Prime Minister of India, Jawahar Lal Nehru, after India suffered a humiliating defeat in border conflict with China which occupied large area in North East and Ladakh. Our army caught unprepared and ill- equipped was no match to China. Defence Minister Krishna Menon had to be sacked and Prime Minister Nehru had to accept that his foreign policy of friendship with China had been a flop.
This marked a change in our foreign policy and serious efforts started to equip our armed forces to defend the country. It was a wake up call which helped us to meet Pakistan’s attempt to seize Kashmir in 1965. Pakistan in turn used tanks and planes supplied by United States to fight Communist against India. India paid back Pakistan in turn when in 1971 Pakistan was divided and a new country was born in sub-continent, Bangladesh. It worked because enough time was given to army to prepare and U.S could not intervene to help Pakistan because of our treaty with Russia.
Indira Gandhi who rode popularity wave became power hungry when faced with popular movement led by Jayaprakash Narayan and when unseated from Lok Sabha membership by Allahabad High Court she chose to impose emergency instead of fighting democratically. During this period many illegal acts were done, forced sterilisation, press censorship and demolition of houses and arrest of leaders. She believed it would not change her popularity and called elections in which her entire gang including her and her son were sent packing.
Call for elections was a victory for democracy. Those who came to power also spent more time fighting each other instead of governing. She returned to power. After her assassination her son was given a mandate but lost the plot thanks to scandal in purchase of weapons. This was followed by Prime Ministership of P.V Narsimha Rao who had a razor thin majority in Lok Sabha but took India to new heights in economic development. Left behind was Hindu rate of growth three to four per cent of GDP. Policy of economic liberalization initiated by Dr Manmohan Singh as Finance Minister changed Indian economy and hang over of predominant position of public sector, controls and high taxation ended.
Mr Rao, however, was shown the door when he slept while a mob of volunteers led by BJP demolished Babri Masjid in Ayodhya claimed to be birth place of Lord Rama. This gave birth to new BJP which came to power in India under the leadership of Atal Bihari Vajpayee. They, however, could not consolidate as there was the revolt of regional parties and revived Congress party under leadership of Sonia Gandhi emerged as largest single party and built a majority with the help of regional parties. It showed promise in first term but in second term was surrounded by series of scandals which haunted them.
At this stage emerged Mr Narendra Modi on the scene as a strong administrator credited with transformation of Gujarat. His strong appeal and slogan of Sab Ka Vikas won a majority for BJP. In power he became a popular Prime Minister whose popularity could be put in same class as first Prime Minister of India Jawahar Lal Nehru and Indira Gandhi. In comparison Rahul Gandhi young face of Congress was shown as a part time politician who lacked charisma as well as appeal to voters.
There is no doubt that in last seven years BJP in power has lost some shine as India along with rest of world suffered from slow down of economy because of Corona. Some attempts to reform farm sector , labour unions have not met with public approval. But BJP remains a formidable force in country and Mr Narendra Modi as most popular leader. By latest action he has shown that he can learn from mistakes. No one can deny farm sector needs reforms. But the manner in which it was done could have been better. More consultation and slow pace could have helped.
Agriculture sector in India is huge and change takes time. It adopted changes brought about by Green revolution and made India surplus in food grains. We have also achieved a lot in milk production and poultry farming. In agriculture we need to produce for items for which there is demand and not which we want to sell at Minimum fixed price by the Government. The lessons of current mid term correction can help us to do better in days to come. 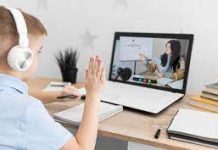