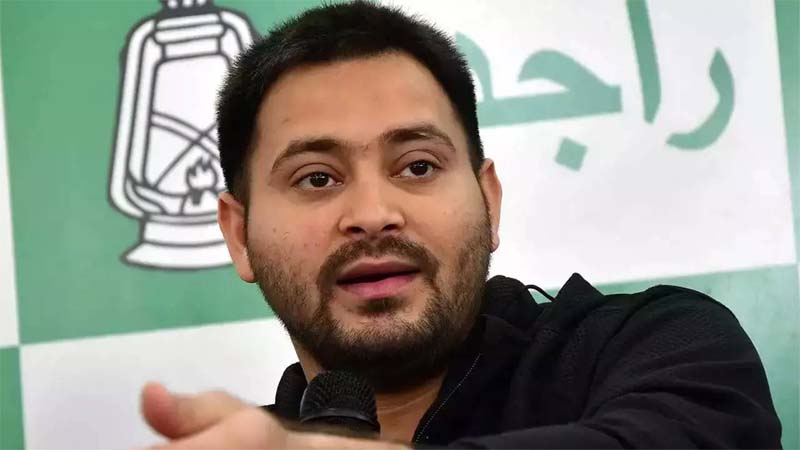 PATNA, Aug 18:
Bihar Deputy Chief Minister Tejashwi Prasad Yadav on Thursday alleged that BJP, “having got nothing else to do”, was trying to “defame” the new Government in the state as it was “uncomfortable” with the ‘Mahagathbandhan’s pro-people stance.
About Law Minister and RJD MLC Kartikeya Singh, whose alleged criminal antecedents are being highlighted by the BJP, Yadav said the law will take its own course.
“The BJP is now left with nothing to do. It is also uncomfortable over Chief Minister Nitish Kumar’s announcement on job creation in his Independence Day speech. So it is trying to defame us,” said the RJD heir apparent.
“We need not care about the BJP and a section of the media which is loyal towards them. We shall keep working for the people,” said the young leader.
He pooh-poohed BJP’s claim that with RJD back in power, it was a “return of jungle raj in Bihar”, but added that Kartikeya Singh, whose induction is being criticized by the saffron party, was yet to be proven guilty of a crime by a court of law.
He also rebuffed BJP’s claim that Singh got sworn in on the very day he was supposed to appear before a court which had issued a warrant following the RJD MLC’s failure to appear, despite summons, in a kidnapping case.
“After the warrant, the court has granted interim protection against arrest. We will follow the court’s directions,” added Yadav. (PTI)