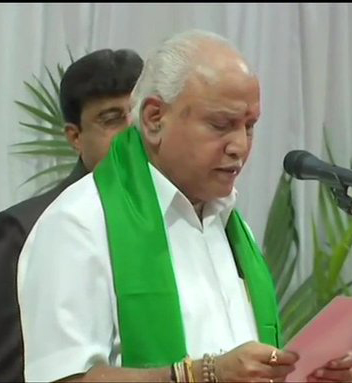 BENGALURU: Bharatiya Janata Party (BJP) came back to power in Karnataka with B S Yeddyurappa sworn in for the fourth time as the Chief Minsiter by Governor Vajubhai R Vala.

The glittering ceremoney was attended by a large number of BJP workers and was also attended by BJP MLAs and BJP Organisation N Santosh.