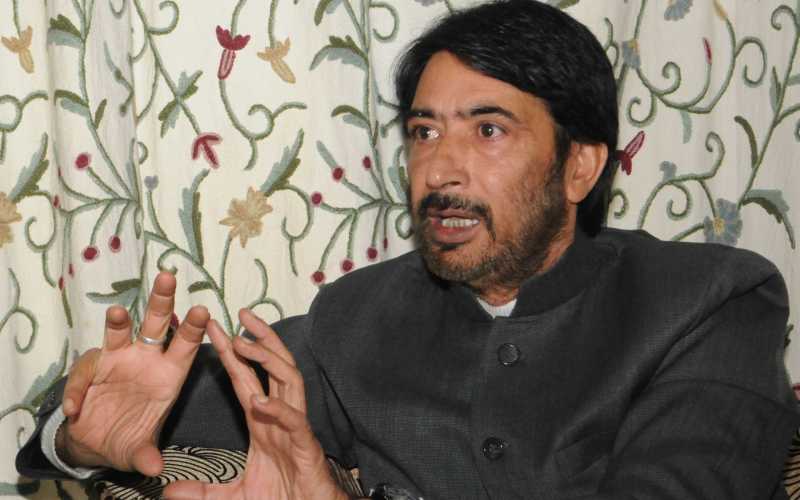 JAMMU, Aug 11: Jammu and Kashmir Pradesh Congress Committee (JKPCC) President G A Mir today said that the Gandhis will continue to lead the Nation both in normal and difficult times, besides fighting against the divisive policies of BJP- RSS, which are hell bent upon to change the political discourse by distorting the history.
Also expressing his serious concern over the current situation in J&K in the backdrop of latest political developments, he further alleged that the abrogation of Article 370 was a brazen misuse of power and violating the Indian Constitution to serve vested interests on the part of BJP.
In a statement, G A Mir said the special status had been granted to JK by the Union of India under the able leadership of first Prime Minister Pt Jawaharlal Nehru, knowing that Article 370 would work as a bridge connecting hearts of the people with India. “But, scrapping of the Article is an unfortunate move that would push the State to a darkest era leading to the extremely volatile situation, for the fact the people of JK won’t compromise on split of JK, scrapping of Article 370 and converting into Union Territories,” he said cautioning that there will be serious repercussions of this move taken in hurry by the Centre.
Alleging that the Centre Govt, led by Narendra Modi, was dividing people from the day one, besides eroding the Constitution in order to serves their vested interests, Mir felt confident that people of the country would certainly rise to the occasion to defeat the wrong policies of Modi Govt.
He said the BJP only believes in taking control of Indian Constitution and democratic institutions in order to use these against those who do not fall in line besides making all out efforts to change the political discourse in the country, which has to be stopped and defeated in the larger interest of Indian democracy.
Mir also made a fervent appeal to people of the country to realize as to how much harm BJP has done to the Constitution and democratic system in India, which the Congress party under the leadership of Gandhis’ have always safeguarded and strengthened even by sacrificing their lives.