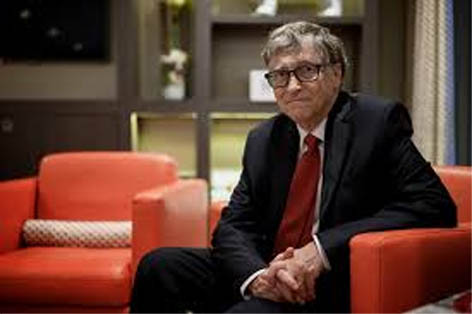 Washington, Mar 14: Microsoft co-founder Bill Gates is stepping down from its board of directors in order to focus more on his philanthropic work, the company announced.

“Microsoft Corp announced that co-founder and technology advisor Bill Gates stepped down from the company’s Board of Directors to dedicate more time to his philanthropic priorities including global health, development, education and his increasing engagement in tackling climate change,” Microsoft said in a statement on Friday.

The statement said Gates, 64, will continue to be advisor for Microsoft CEO Satya Nadella and other officials with the company.

Announcing his latest move, Mr Gates said the company would “always be an important part of my life’s work” and he would continue to be engaged with its leadership, BBC reported.

“I am looking forward to this next phase as an opportunity to maintain the friendships and partnerships that have meant the most to me, continue to contribute to two companies of which I am incredibly proud, and effectively prioritise my commitment to addressing some of the world’s toughest challenges, ” Gates said.

In 2008, Gates began to focus on his philanthropic organization, the Bill and Melinda Gates Foundation, when he transitioned out of his day-to-day role at Microsoft.

The couple were named the most generous philanthropists in the US in 2018 by the The Chronicle of Philanthropy, after giving 4.8bn dollar to their foundation the previous year.

Now the world’s second-richest person worth 103.6 billion dollar, Gates founded Microsoft in 1975 with Paul Allen, who died in 2018.

Gates remained as Microsoft CEO until 2000 when he was succeeded by Steve Ballmer. He stepped down as director of the board in 2014.