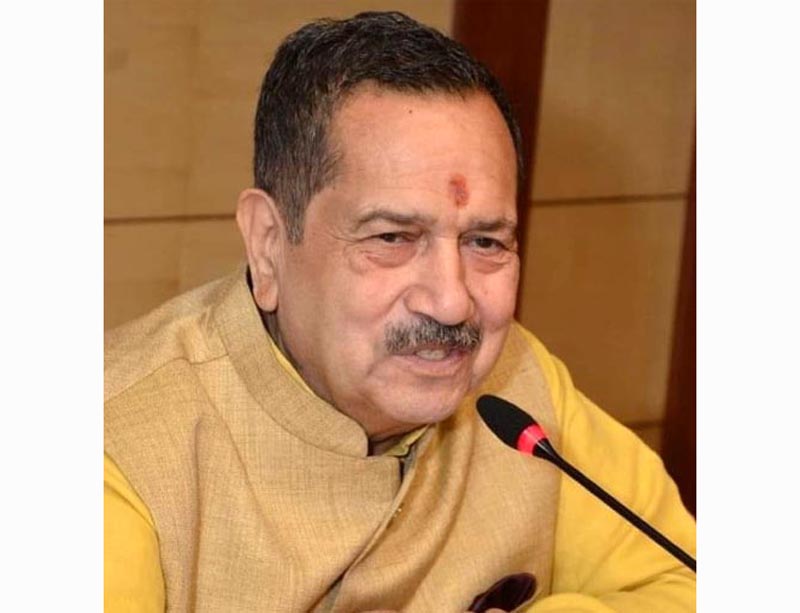 NEW DELHI, Sept 23:
RSS chief Mohan Bhagwat’s visit to a mosque and his meeting with the head of an organisation of imams were not a deviation from the outfit’s line, its senior leader Indresh Kumar said on Friday.
He slammed the Congress for saying Bhagwat’s meeting with All India Imam Organisation chief Umer Ahmed Ilyasi was due to the “impact” of the party’s “Bharat Jodo Yatra”.
The Congress has misunderstood the Sangh’s line and it should “repent” for it, Kumar, a national executive member of the Rashtriya Swayamsevak Sangh (RSS), told reporters on the sidelines of an event organised to mark the 104th Haifa Victory Day at the Teen Murti Chowk here.
His remarks came a day after Bhagwat, taking forward his outreach to the Muslim community, visited a mosque and a madrassa here and held discussions with Ilyasi, who termed him “rashtra pita”.
The Congress said the RSS chief’s meeting with Ilyasi was due to the “impact” of its “Bharat Jodo Yatra” and requested Bhagwat to walk with party leader Rahul Gandhi in uniting the country “with a tricolour in hand”.
“There has been no change in the Sangh’s line. It continues to remain the same as it was and will remain so in the future. That is eternal. People have misunderstood it as they have been misled. Efforts have been made to create a misunderstanding,” Kumar said while replying to a reporter’s question.
He said Bhagwat’s meeting with Ilyasi was part of the Sangh’s initiative to hold a dialogue with the minority communities, which began more than 20 years ago under the leadership of the outfit’s former chief, K S Sudershan.
“And if anyone is trying to claim the credit for it now, I want to say that the Congress must repent for launching attacks and hurling all the abuses at the Sangh. Its misunderstanding of the Sangh will be cleared if it repents,” Kumar said, when asked about the opposition party’s reaction to Bhagwat’s meeting with Ilyasi.
The RSS “sarsanghchalak” went to a mosque in central Delhi’s Kasturba Gandhi Marg and followed it up with a visit to the Madarsa Tajweedul Quran in north Delhi’s Azadpur. This was Bhagwat’s first ever visit to a madrassa, an RSS official accompanying him during the visits said.
During his visit to the madrassa, Bhagwat interacted with children and heard them reciting the Quran. The children raised the slogans of “Vande Mataram” and “Jai Hind”, the Sangh functionary said.
He said the RSS chief told the children about the need to know more about the country and stressed that while the modes of worship could be different, all religions must be respected.
“With this visit of Bhagwat, a message should go out that all of us want to work towards strengthening India. For all of us, the country comes first. Our DNA is the same, it is just that our religion and methods of worshipping the god are different,” Ilyasi said, echoing the RSS chief’s words. (PTI)