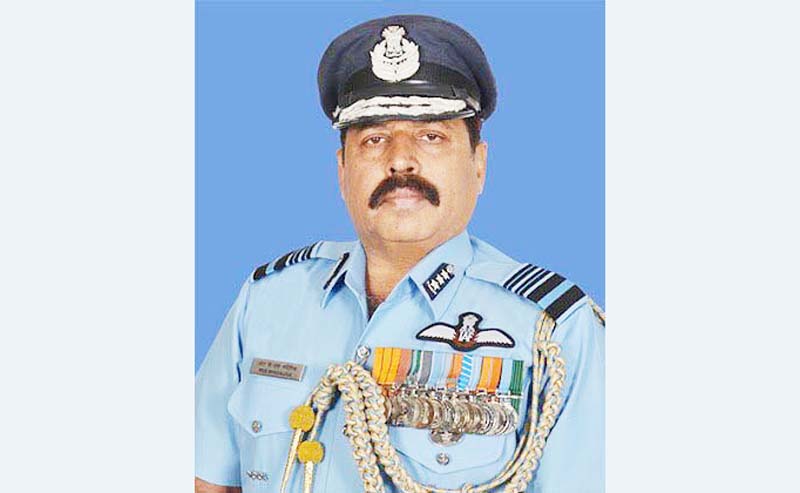 NEW DELHI, Sept 19: Air Marshal Rakesh Kumar Singh Bhad-auria, who played a key role in negotiating the Rafale deal, will be the next Chief of Air Staff, the Government announced today.
Bhadauria, who took over as the Vice Chief of the Indian Air Force in May this year, will take charge from the incumbent Chief B S Dhanoa on September 30 on his superannuation.
“Government has decided to appoint Air Marshal RKS Bhadauria, PVSM, AVSM, VM, ADC, presently Vice Chief of Air Staff as the next Chief of the Air Staff,” Defence Ministry’s Principal spokesperson, said on Twitter.
“He commanded Flight Test Squadron at Aircraft & System Testing Establishment (ASTE) & was the Project Director of National Flight Test Centre on Light Combat Aircraft (LCA) project. As DCAS, he was instrumental in the finalisation of contract of Rafale aircraft for IAF,” the IAF tweeted.
Bhadauria, the senior most officer in the Air Force after Dhanoa, was to retire on September 30, the same day as Dhanoa.
An Air Force official said in this case, the incumbent chief may demit office in the forenoon, paving way for Bhadauria to take charge in the noon.
A former Air Marshal recalled a similar incident when N C Suri took over as the Chief of Air Staff from S K Mehra on July 31, 1991, the day he was supposed to superannuate. Mehra demitted office in the forenoon and Suri took charge in the noon.
Besides Bhadauria, Air Marshal R Nambiar, the AOC-in-C of the crucial Western Air Command, Air Marshal B Suresh, the Air Officer Commanding-in-Chief (AoC-in-C) of the Thiruvananthapuram-based Southern Air Command were also in the contention for the top post.
An alumnus of the National Defence Academy, Bhadauria was commissioned into the fighter stream of the IAF in June 1980 and won the coveted ‘Sword of Honour’ for standing first in the overall order of merit.
He has held various command, staff and instructional appointments at different levels, including the present one as Vice Chief of Air Staff.
During his nearly four decades career, Bhadauria commanded a Jaguar squadron and a premier Air Force Station.
He devised a method for carrying bombing from the Jaguar aircraft using the Global Positioning System (GPS). This was especially relevant for the bombing role of Jaguar aircraft in Operation Safed Sagar in 1999.
Bhadauria also has 4250 hours of experience on 26 types of fighters and transport aircraft with the unique distinction of being an Experimental Test Pilot, a category ‘A’ Qualified Flying Instructor and a Pilot Attack Instructor.
Bhadauria is one of the few Air Force pilots to fly a Rafale. In July, during Exercise Garuda between the Air Forces of India and France, Bhadauria had flown the Rafale aircraft.
He was the Air Attache at the Indian Embassy in Moscow, Assistant Chief of the Air Staff (Projects), Commandant of the National Defence Academy, Deputy Chief of the Air Staff at Air Head Quarter and Air Officer Commanding-in-Chief of Southern Air Command. (PTI)