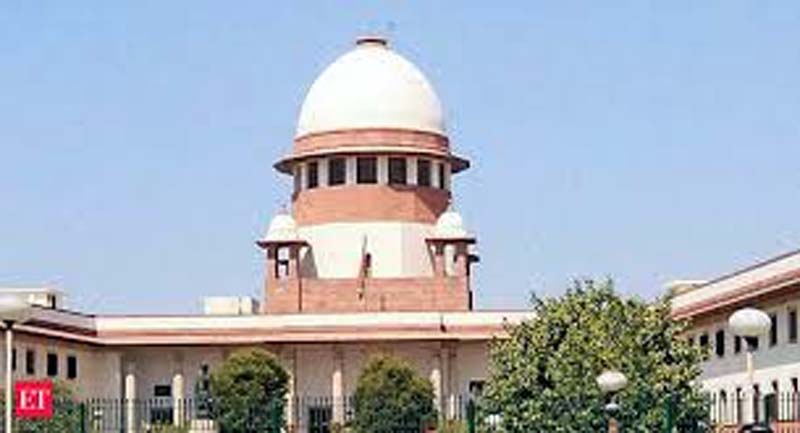 NEW DELHI, Sept 16:
The Jammu and Kashmir administration requested the Supreme Court today not to “reverse” the decisions and the best possible steps taken in “national interest” for preventing any loss of life or property in the State after the abrogation of Article 370.
In a note, placed before a bench of Chief Justice Ranjan Gogoi and Justices S A Bobde and S A Nazeer, the administration said: “It is to the credit of the Government that these measures have succeeded in full, as not a single bullet has been fired till date and there has not been any loss of life on account of any police firing.”
The excerpts of the note and preventive steps taken were read out by Attorney General K K Venugopal, appearing for Centre, and Solicitor General Tushar Mehta, appearing for Jammu and Kashmir, during the hearing on a batch of petitions relating to media curbs, medical facilities, habeas corpus and challenges to abrogation of Article 370.
“If these steps had not been taken, there would have been an extremely volatile situation in the Valley. We have succeeded to great extent. The policy decisions taken and implemented on the ground, should not be reversed by the Court so that Kashmir and the country do not face a long period of strife,” the note said.
Reading out from the note, Mehta said when the decisions were taken by the Constitutional authorities on August 5, 2019 with regard to Article 370, “it was clear that the persons who had been in power over long number of years in the State as well as the separatists… would not hesitate to attempt to ensure that the law and order situation deteriorates”.
“The restrictions are only temporary in character, as the following facts will show that step by step and stage by stage there has been a relaxation in the restrictions. We are approaching a stage when no such restrictions may be necessary,” the note said.
Referring to the around three months shutdown of Internet services in the Valley in 2016 due to violent protest after encounter of terrorist Burhan Wani, Venugopal said at that time the situation had became very volatile and the internet services were not available for as long as three months, telephone services were also suspended and Section 144 orders were issued.
He said that since 1990 till date, 41,866 persons have lost their lives in 71,038 incidents of terrorist violence in the State which includes 14,038 civilians, 5,292 personnel of security forces and 22,536 terrorists.
The note said, “The pre-emptive action this time has led to a controlled situation which has minimized loss of life and property despite constant instigation from across the border. Further, over the last few weeks the restrictions have been gradually eased out in a phased manner in order to ensure a smooth return of normalcy for the citizens of Jammu and Kashmir”.
Mehta said that till September 15, the restrictions have been removed in 93 out of 105 (88.57 per cent) police stations of Kashmir division, in all 90 police stations (100 per cent) in Jammu division and in all seven (100 per cent) police stations of Ladakh division.
Vengopal during the hearing of a plea challenging media curbs said: “Various newspapers are regularly being published from Srinagar viz. Greater Kashmir, Rising Kashmir, Daily Aftaab, Kashmir Uzma, Subje-Kashmir, Tameel-e-Orshad, Srinagar Times, Nida-e-Kashmir etc.”
He said that barring Kashmir Times, all local dailies from Jammu division are also being published and national dailies are also being distributed in Jammu, Kashmir and Ladakh.
Countering the allegations that journalists are not being allowed to work freely in the valley, Vengupal said, “Media facilitation Centre has also been established by Department of Information and Public Relations on August 7, 2019 which is providing facilities like telephone, Internet connection, computer, printer etc to all media persons from 8 AM in the morning till 11 PM”.
He said the Government has also facilitated the issuance of movement passes to media persons in restricted areas and even vehicles are being provided to them.
“Regular press briefings and press releases are being organized to disseminate information. Regular interactions with media personnel have been organized through this media facilitation centre. Dish TV Channels, Doordarshan and local channels like JK Channel, Gulistan are being broadcasted,” he said and added that Radio Kashmir and FM channels are being broadcasted.
Reading from the note, Venugopal said that many media persons and private channels visited Handwara, Kupwara, Pulwama, Ganderbal and so on to cover various stories which are available in media and TV channels.
He said that Internet Kiosks are working at the office of Deputy Commissioner’s offices in Kashmir valley to facilitate people who need internet facilities and “as on September 15, 100 per cent of landline services have been restored across the State of Jammu and Kashmir.
Countering the charge of denial of medical facilities, Venugopal said, “Health services are functioning normally in Jammu, Ladakh and Kashmir. 10.52 lakh patients attended OPD in Kashmir Hospitals up to September 15, 2019.” (PTI)