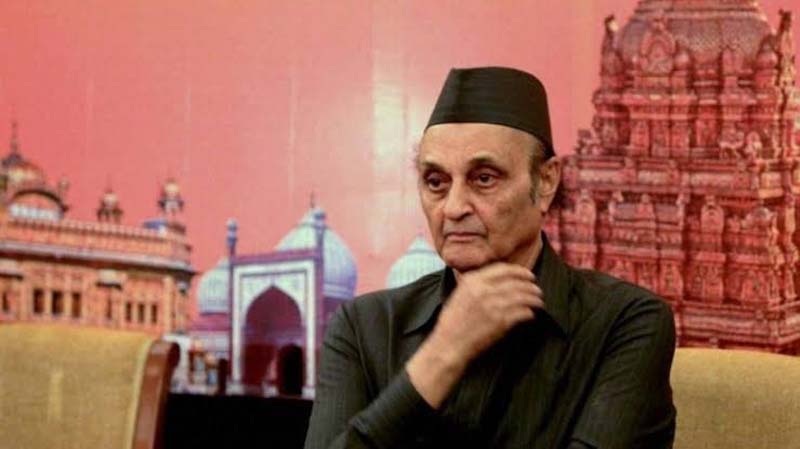 NEW DELHI, Sept 12:  Beating a defenseless boy to death and asking him to chant ‘Jai Shri Ram’ is an insult not only to Hinduism but also to the great deity, senior Congress leader Karan Singh said today.
He was alluding to the Jharkhand lynching case in which Tabrez Ansari, a young Muslim man, was seen on national television being beaten up with rods while tied to a pole and forced to chant ‘Jai Shri Ram’ over alleged theft.
At the launch of party colleague Shashi Tharoor’s book ‘The Hindu Way: An Introduction to Hinduism’, the former Union Minister said the incident had hurt him as a Hindu and a propagator of the religion.
“Beating a defenseless boy to death and asking him to chant ‘Jai Shri Ram’ and ‘Jai Hanuman’ is an insult to not only Hinduism, but it is an insult to the great deity,” Singh said.
“Shri Ram was a compassionate being. Do you think he would like his name being taken while a poor boy is beaten to death? I find the clip intolerable to watch. As a Hindu it hurts me,” he said, adding the perpetrators should be ashamed of the Act.
At a panel discussion on the book later, Tharoor also referred to lynching incidents saying what is being done is in no way representative of the fundamental core tenets of Hinduism.
However, he said, the fact is that these things are being done ostensibly in the name of Hinduism and in the name of an ideology named after Hinduism.
The ideology is pursued in a manner that involves chanting the name of a God — ‘Jai Shri Ram’ — which has “nothing to do with the Lord Ram who we have learnt to venerate and pray”, Tharoor said.
He said problem arises when some people reduce the lofty ideals of the religion to the team identity loyalty of “British football hooligan”.
“We consider ourselves Hindus and we don’t think they speak for us,” Tharoor asserted.(PTI)