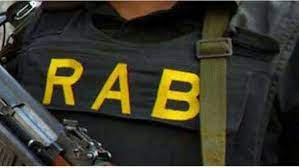 Dhaka, Jan 21: Twelve international human rights groups have demanded that the Rapid Action Battalion (RAB), an elite force in Bangladesh, be banned from UN peacekeeping missions.
The agencies wrote a letter to UN Under-Secretary-General Jean-Pierre Lacroix demanding the same.
The letter was published on the website of Human Rights Watch (HRW) on Thursday.
In the letter, the dozen human rights groups said the UN peacekeeping mission should ban RAB from UN peacekeeping missions. The allegations against the RAB have been attached to the letter.
In the letter, the international organizations said that some members of the RAB were facing various charges including extrajudicial killings, enforced disappearances, torture and other human rights violations.
For this reason, the international organizations have demanded a ban from the UN peacekeeping mission.
In a letter to the United Nations, the international community called for an investigation into allegations of extrajudicial killings, disappearances and torture before appointing anyone to a UN peacekeeping mission.
The letter was signed by Amnesty International, Human Rights Watch, Asian Federation Against Voluntary Disappearances (AFAD), Asian Forum for Human Rights and Development (ASHRN), Asian Human Rights Commission, Participation, Capital Punishment Justice Project, International Federation for Human Rights, Robert F. Kennedy Human Rights, The Advocates for Human Rights, World Organization Against Torture (OMCT).
The letter was sent to Jean-Pierre Lacroix on November 7 last year. The UN peacekeeping mission has not yet responded to the letter.
Earlier, on December 10, the United States imposed sanctions on seven former and current members of the Rapid Action Battalion (RAB) for alleged human rights abuses. The ban was imposed separately by the US Treasury Department and the State Department on International Human Rights Day.
Bangladesh Home Minister Asaduzzaman Khan said that giving everything to the RAB is an injustice to them.
The Home Minister was responding to a question from reporters after a discussion on the home ministry on the last day of a three-day DC conference at the Osmani Memorial Auditorium in the capital on Thursday.
A journalist asked the Home Minister about the demands of human rights organizations. In response, he said, if you look back, when was the RAB formed? Those who created RAB are now disliking RAB again.
Asaduzzaman Khan said, “We can say with a challenge that there is no country where encounters or such incidents do not happen. If anyone picks up a weapon and talks to the police; The police force does not remain silent then.
Asked if the RAB was facing political opposition, the Home Minister said, “You will judge. I have asked you a question.”