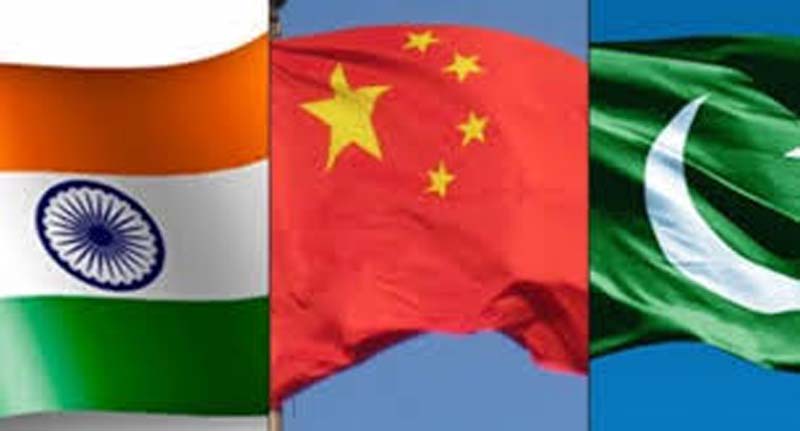 Mohinder Verma
JAMMU, May 6: Generally they are not in the favour of battle for having witnessed its grave ramifications a number of times but this time they overwhelmingly and overenthusiastically participated in the same. This was only because the battle was linked with making their lives better and bringing development at their doorsteps.
This was noticed in almost all the villages which are situated very close to the Line of Control (LoC) with Pakistan and Line of Actual Control (LAC) with China in Leh district as people didn’t allow poor development, broken promises and difficult life to dampen their faith in the major democratic exercise——election for Ladakh Parliamentary constituency.
“Whenever there is aggressive postures from the Chinese Army and subsequent build-up by the Indian Army the people of almost all the villages situated along the Line of Actual Control particularly Demchok and Chumur start praying for peace as they know that battles have yielded nothing for them”, a Government official posted in the area said, adding “similar is the condition of inhabitants of Turtuk, Thang and Tyakshi, which are situated very close to the Line of Control with Pakistan”.
However, they are comfortable with the battle when the same is linked with major democratic exercise although such events in the past have failed to provide them fruits of development and mitigate their miseries.
“Their faith in the democracy can be gauged from the fact that they were enthusiastically waiting for the day of battle of its own kind even without canvassing by those who are trying their luck to represent these people in the Parliament”, said another Government official wishing anonymity, adding “for politicians these villages remained least priority even during the electioneering in view of less number of voters”.
The polling stations in villages situated close to LoC and LAC namely Demchok, Chumur, Koyul, Tsaga, Merak, Phobrang, Khakted, Chuchul, Turtuk, Youl, Thang and Tyakashi witnessed massive turnout of the voters, who exercised their democratic right with the hope that new representative from Ladakh would vociferously raise their issues in the Parliament and get the same redressed.
From youngster to oldies and ailing persons, participation in electoral battle was top most priority as they were seen reaching the polling stations even after facing immense difficulties, reports said.
There were 67 voters in Demchok, 82 in Chumur, 291 in Koyul, 228 in Tsaga, 216 in Merak, 128 in Phobrang, 19 in Khakted, 799 in Chuchul, 596 in Turtuk, 95 in Thang and 294 in Tyakshi and majority of them exercised their franchise.
In order to facilitate massive participation of people in the major democratic exercise the district administration had made elaborate arrangements and this can be gauged from the fact that even polling stations were established for just seven voters.
It was only because of adequate arrangements made by the administration that inhabitants of many villages and hamlets situated at an altitude between 14,000 and 15,000 feet above the sea level could cast their votes.
The high altitude polling stations where people exercised their franchise without any difficulty were Anlay Phoo (81 voters), Anlay Phunguk (246 voters), Phirtsey (87 voters) and Chumoor (82 voters). To reach these polling stations, polling parties had to avail helicopter service and cover some distance on foot.
Gaik in Leh Assembly constituency and Washi in Nobra Assembly constituency were the polling stations with only seven voters. There were a total of 44 polling stations in Leh district which were having less than 50 voters and all arrangements were in place to facilitate their participation in the electoral exercise.
Jingchen, Ezang Sumda, Machu, Kyngyam Dho, Khaktad, Sumdo, Tsogsti (all in Leh Assembly segment) and Washi, Changlung, Sunudo and Sasoma in Nobra Assembly segment were the polling stations with less than 25 voters.
It was only due to adequate arrangements made by the District Election Officer Avny Lavasa that jawans of Ladakh Scouts could exercise their democratic right through postal ballot.
It is pertinent to mention here that the battalions of Ladakh Scouts are deployed in Phyang, Kharu, Chandigarh, Nobra and Siachen Glacier.