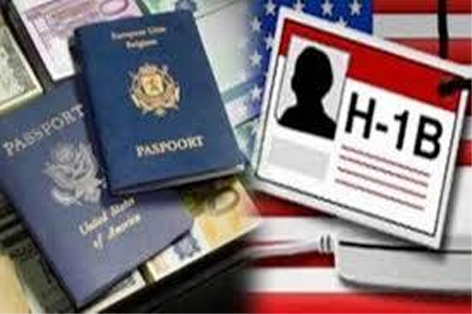 Washington, Jun 23: The temporary suspension of H-1B visas by the Trump Administration will hit innovation, push investment and economic activity abroad, slow growth, and reduce job creation, the American corporate sector said on Monday.
“Restrictive changes to our nation’s immigration system will push investment and economic activity abroad, slow growth, and reduce job creation,” said Thomas Donohue, CEO of US Chambers of Commerce soon after President Donald Trump issued a proclamation to suspend issuing of H-1B and other foreign work visas till the end of the current year.
“Today’s proclamation is a severe and sweeping attempt to restrict legal immigration. Putting up a ‘not welcome’ sign for engineers, executives, IT experts, doctors, nurses and other workers won’t help our country, it will hold us back,” he said.
“We are fighting for more investment and more growth in America because that means more jobs, and today that fight takes on a new level of urgency. We have long advocated for a rational immigration system that meets the needs of our economy and reflects the values of our country,” Donohue said.
The proclamation serves neither of those interests, he asserted. Ahead of the proclamation, several US business bodies including US Chambers of Commerce, US India Business Council, National Alliance of Manufacturers and Information Technology Industry Council had written letters to the Trump Administration against such a move. FWD.Us, a bipartisan political organisation representing top IT companies like Facebook and Google said it is a full-frontal attack on American innovation and nation’s ability to benefit from attracting talent from around the world.
“Massive restrictions on legal immigration – including restricting immigrants who contribute to medicine, science, and research in the United States, and who are working as we speak to develop treatments for coronavirus and other deadly diseases – will not only hinder efforts to save lives, but prevent job creation and hurt our economy as our country struggles to recover,” said FWD.Us president Todd Schulte.
“The Trump administration should stop trying to create and exploit crises to enact the largest cuts to legal immigration in a century. This is deeply harmful to America,” Schultz said.
Michael Clemens, a senior fellow at the Center for Global Development and a top migration economist, said the US administration’s new ban on H-1B visas will affect innovation, productivity, and job creation in the country.
“H-1B visas are a major channel for the most educated and entrepreneurial people in the world to begin working and putting down roots in America,” he said.
Economists have shown that hiring more workers on these visas raises patenting by US firms without reducing their employment of similar native workers. That innovation and entrepreneurship end up creating jobs for American workers of all kinds. “And the positive effects of the programme extend around the world, bringing business growth to the countries that receive the visas, such as India,” Clemens said.
“Today’s executive action stands to upend the ability of US employers – in the tech sector and beyond – to hire the men and women they need to strengthen their workforce, repower the economy, and drive innovation at a critical time for the US economy. It will have a dangerous impact on the economic recovery and growth for years to come,” said Jason Oxman, president and CEO of global tech trade association ITI.
As US companies get their employees back to work, immigrants working in the technology industry are vital to sustaining promising recovery trends, as well as supporting the United States’ ongoing response to COVID-19, he said.
ITI urged Trump to reconsider his actions and work with the business community on a plan that will actually bolster job growth and ensure economic security for all Americans.
National Association of Manufacturers president and CEO Jay Timmons said that such an action will make the US industry unquestionably weaker.
“The reality is the visa programmes targeted by this executive order boost manufacturing in America and support job creation. We will lose talented individuals to other countries, giving them an added advantage in competing against us. This action will not help manufacturers lead our economic recovery and renewal,” he said. (PTI)