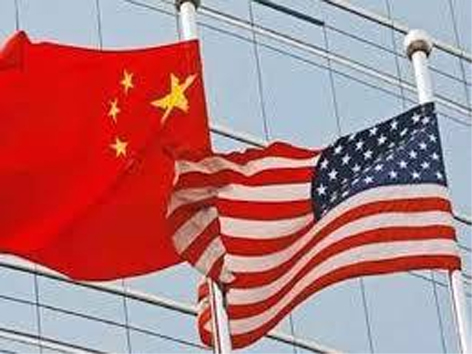 WASHINGTON, June 23: The US has designated four more top state-run Chinese media houses as “foreign missions,” terming them as “propaganda” outlets “controlled” by the ruling Communist Party of China, a move that could further escalate tensions between the two countries.
The four Chinese media outlets designated as foreign missions on Monday are China Central Television, China News Service, the People’s Daily and the Global Times, taking the total number to nine.
This could add up to the increasing tensions between the US and China as President Donald Trump has repeatedly blamed Beijing for the coronavirus pandemic that has wreaked havoc across the world and accused Beijing of suppressing the details of the contagion.
The US is the worst-affected country by the virus. According to Johns Hopkins University data, there are over 2.3 million coronavirus cases in America with more than 120,000 deaths.
However, China has denied all allegations levelled by the US on the outbreak of the pandemic.
“These entities are not independent news organisations. They are effectively controlled by the Chinese Communist Party, CCP, also known as propaganda outlets,” State Department Spokesperson Morgan Ortagus said.
This follows the February 18 designation of Xinhua News Agency, China Global Television Network, China Radio International, China Daily Distribution Corporation and Hai Tian Development USA.
“These nine entities all meet the definition of a foreign mission under the Foreign Missions Act, which is to say that they are “substantially owned or effectively controlled” by a foreign government.
In this case, they are effectively controlled by the government of the People’s Republic of China,” Ortagus said.
The decision to designate these entities is not based on any content produced by these entities, nor does it place any restrictions on what the designated entities may publish in the US. It simply recognises them for what they are, she said.
“Entities designated as foreign missions must adhere to certain administrative requirements that also apply to foreign embassies and consulates in the US,” Ortagus said.
Assistant Secretary for East Asian and Pacific Affairs David R. Stilwell said by designating these outlets as foreign missions, the US is formally recognising the China party state’s effective control over so-called media entities, including those that operate here in the US.
“While the Chinese Communist Party has always tightly controlled China’s state news agencies, its control has actually tightened in recent years. Over the past decade, particularly under General Secretary Xi Jinping’s tenure, the Chinese Communist Party has reorganised their state news agencies and asserted even more direct control over them,” he said.
“I got to witness this firsthand when I was in Beijing working with a friend who was an advisor to the China Daily outlet there, and he explained to me exactly how the party apparatus works inside of a paper like that to ensure that the word they were putting out was in fact aligned with what the Communist Party wanted. That’s not journalism; journalism is reporting the facts, not what the party tells you to report,” Stilwell said.
China Central Television, CCTV, he said is a state-run TV station that reports to both the Central Committee of the Communist Party as well as the State Council, China’s Cabinet.
The China News Service (CNS) is the second-largest state-owned news agency in China after Xinhua, he said.
It’s run by the United Front Work Department and they report directly to the central committee of the Chinese Communist Party. People’s Daily, it goes without saying, is the official newspaper of the central committee of the Chinese Communist Party, and then Global Times is wholly owned by People’s Daily and takes its direction from them, he added.
“The Communist Party does not just exercise operational control over these propaganda entities but it has full editorial control over their content. This foreign mission designation is an obvious step in increasing the transparency of these and other PRC government propaganda activities in the United States.
“This determination is not intended to reduce or constrain journalistic activity by foreign media outlets. Again, these four entities are not media but propaganda outlets,” Stillwell said. (PTI)