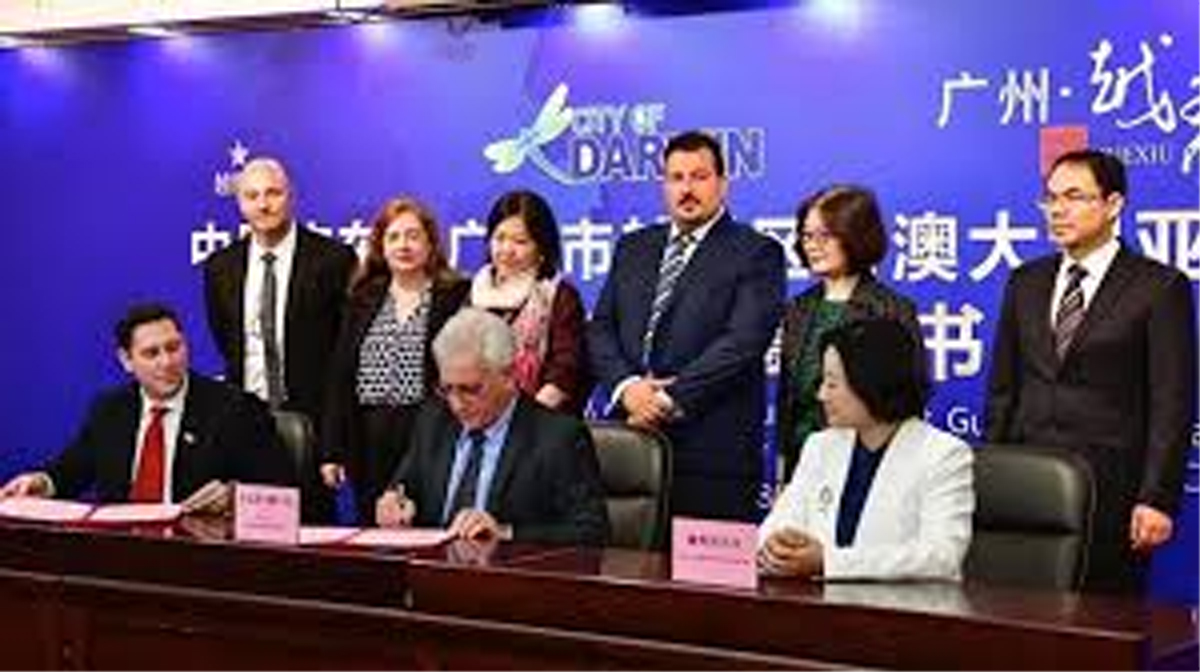 CANBERRA, Dec 5: The council of Darwin, capital of Australia’s Northern Territory (NT), has signed an agreement to build a stronger relationship with Yuexiu District of Guangzhou, capital of south China’s Guangdong province.
Kon Vatskalis, lord mayor of Darwin, said the agreement with Guangzhou’s Yuexiu District was the result of meetings with municipal and provincial government officials where his delegation gave detailed presentations about investment, tourism and education opportunities in Darwin.
“We were lucky to be introduced the Machen group of companies which is looking for investment in Australia. We visited their massive shopping center and we were briefed about their commercial activities,” he recently told News Corp Australia.
“We signed a letter of intent to cooperate and it is my intention to make it happen. They see this as a catalyst for forging stronger relations between southern China and Darwin.”
The agreement is the latest in a number of attempts by the city of Darwin and NT to open itself up to Chinese tourism and investment. The Port of Darwin is a key cog in the Belt and Road Initiative and Vatskalis spoke in favour of the initiative.
“We would be stupid, as Australians, to let this opportunity escape us,” he said. “We can work with the Chinese and benefit or we can ignore it and be isolated … it will pass us by.” Michael Gunner, chief minister of the NT, welcomed the agreement between Darwin and Yuexiu District. “Chinese companies are investing in the Territory’s gas, agriculture and tourism sectors and we welcome that investment because it fits in with our agenda to develop the north and create jobs,” he said.